By Ronald Kovach, Managing Editor
Design & Construction
OTHER PARTS OF THIS ARTICLEPt. 1: E-commerce Driving a Revolution in Portion of Warehouse MarketPt. 2: A New Mission and Agility for Retail Warehouses Pt. 3: Amazon Leading the Pack in E-commerce Warehouse DesignPt. 4: This PagePt. 5: Future of Warehousing Could Include Wave of Smaller E-commerce Centers

While the big new retail warehouses may get all the publicity, there remains the huge stock of “old” warehouses trying to hold its own, and here the picture is mixed. E-commerce likes new, Marshall says, because a new building offers the needed design and infrastructure, while second-generation warehouses mean making certain sacrifices. Nonetheless, a significant part of warehouse demand at CBRE is in smaller-based space (some new, some second-generation), he says. While very big warehouses may be the rule in gateway cities like Los Angeles, Chicago, New York, and Houston, that’s not the case in the second-tier cities like Columbus, Cincinnati, Kansas City, and St. Louis, he says. There they might be building 200,000-square-footers and possibly dividing them among four tenants.

Setting e-retailing aside, he stresses, “We still have a considerable amount of absorption being done by standard third-party logistics users who are moving pallets or manufacturing or fulfillment, whatever it might be. It’s not all desired or required to be in a new modern building. There is still a significant amount of demand out there for second-generation space. A portion of our product is becoming functionally obsolete, but I think that’s healthy in any market.”

Statistics suggest that older warehouses (15 to 20 years old) are doing decently, at least for now. The vacancy rate in warehouses is around 6.7 percent, according to a number of real estate estimates. In a written forecast for 2015-2017, Cushman & Wakefield states, “The warehouse sector has now posted 19 consecutive quarters of declining vacancies.”

Nor is it at all inevitable that existing warehouses pay for expensive retrofits to stay competitive. Marshall’s example: “There might be a requirement for a 14-foot-clear warehouse because they’re not doing any racking. On paper that building might look functionally obsolete. But if it’s located in a market or sub-market that doesn’t require racking, then it’s perfectly healthy.”

What’s key for the older warehouses is location, Trees says. “If you’re the owner of a large Class B or Class C warehouse in the middle of the country without access to infrastructure and a real population center, I think you’re going to be challenged to find value in that, long term. However, close in to the population centers, within 50 miles of major metro areas, we’re seeing the prices for that real estate significantly increase.” The reason: “Everyone’s driving toward same-day delivery,” he says. These Class B and C warehouses, he says, may serve a different e-commerce function, acting as a close-in parcel-delivery center or sort hub for product arriving from a large automated fulfillment center.

He mentions the December sale of the 76-acre, 12-building Segale Business Park, in Tukwila, Wash., near Seattle, for $203 million. That Class B, 1980s-era warehouse property drew a very high price because it’s close in to a big population center and thus in high demand, Trees says.

Art Makris, vice president, leasing and development, at Duke Realty, says the old warehouse stock has stayed competitive. “Of our portfolio, we’re 99 percent leased in the older product that is 15 years old or older. There’s always going to be a need for regional, local distribution. The new boxes that are being built are specific to e-commerce fulfillment, but there’s still the requirement of the traditional warehouse environment. That hasn’t gone away, and I don’t believe it will. I think there will be both.”

Brown offers a bleaker view of the old warehouse stock, at least in terms of e-commerce uses. The old buildings, he says, usually lack the needed dock doors and power; lack amenities, having been built for far fewer employees; and lack enough land for employee and truck parking. A lot of the 20-years-and-older inventory, especially of the manufacturing type, will have to find a new use, or it may be more economical to tear it down and start over, he suggests. 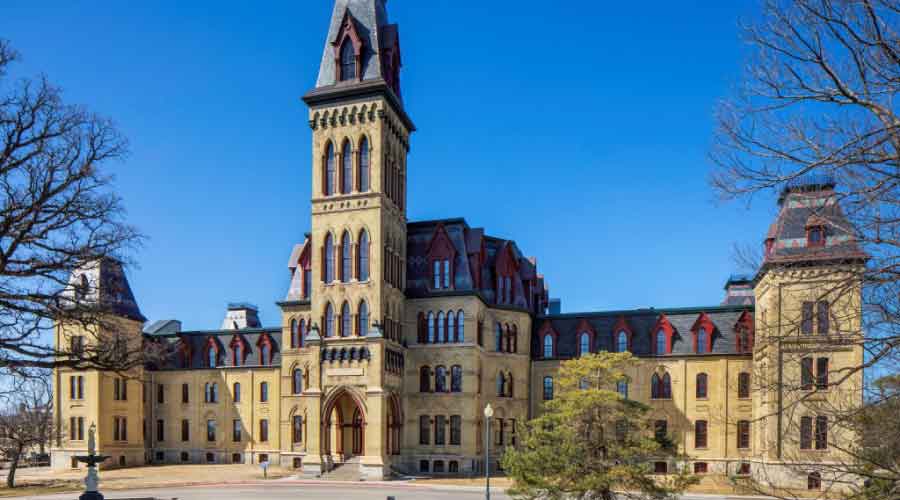