Future buildings—especially tall structures—should be increasingly resistant to fire, more easily evacuated in emergencies, and safer overall thanks to 23 major and far-reaching building and fire code changes approved recently by the International Code Council (ICC) based on recommendations from the Commerce Department's National Institute of Standards and Technology (NIST).

Future buildings—especially tall structures—should be increasingly resistant to fire, more easily evacuated in emergencies, and safer overall thanks to 23 major and far-reaching building and fire code changes approved recently by the International Code Council (ICC) based on recommendations from the Commerce Department's National Institute of Standards and Technology (NIST).

The recommendations were part of NIST's investigation of the collapses of New York City's World Trade Center (WTC) towers on Sept. 11, 2001. The changes, adopted at the ICC hearings held Sept. 15-21, 2008, in Minneapolis, Minn., will be incorporated into the 2009 edition of the ICC's I-Codes (specifically the International Building Code, or IBC, and the International Fire Code, or IFC). Those jurisdictions have the option of incorporating some or all of the code's provisions but generally adopt most provisions.

"These code changes are the result of a strong commitment to public safety by the nation's building and fire safety officials, private sector professionals and the fire service," says Shyam Sunder, lead WTC investigator for NIST. "The improvements that they will ensure will be of lasting value to our society."

The new codes address areas such as increasing structural resistance to building collapse from fire and other incidents; requiring a third exit stairway for tall buildings; increasing the width of all stairways by 50 percent in new high-rises; strengthening criteria for the bonding, proper installation and inspection of sprayed fire-resistive materials (commonly known as "fireproofing"); improving the reliability of active fire protection systems (such as automatic sprinklers); requiring a new class of robust elevators for access by emergency responders in lieu of an additional stairway; making exit path markings more prevalent and more visible; and ensuring effective coverage throughout a building for emergency responder radio communications.

Nine additional code change proposals based on the NIST WTC recommendations were not approved for the 2009 edition of the I-Codes.

These proposals address areas such as designing structures to mitigate disproportionate progressive collapse, mandating the use of a nationally accepted standard for conducting wind tunnel tests (routinely used for determining wind loads in the design of tall buildings), limiting the length of horizontal transfer corridors in stairways, installing stairway communication and monitoring systems on specific floors of tall buildings, and requiring risk assessments for buildings with substantial hazard (such as buildings more than 420 feet high with occupant loads exceeding 5,000 persons).

Changes That Made the Cut:
The following are the 23 model building and fire code changes consistent with the NIST WTC investigation recommendations now required by the I-Codes (changes displayed in italics are ones that were approved at previous ICC hearings and incorporated at the Minneapolis hearing into the 2009 I-Codes):
•    An additional (third) exit stairway for buildings more than 420 feet high.
•    An increase of 50 percent in the width of exit stairways in new sprinklered buildings.
•    Permitting the use of elevators for occupant evacuation in fires and other emergencies for all buildings, and as an alternative to the required additional exit stairway for buildings more than 420 feet high. Passenger elevators must meet specific criteria to be used for evacuation purposes.
•    Hardening of exit stairway and passageway enclosures, and elevator shaft enclosures, in buildings—for all buildings more than 420 feet high, for buildings 75-420 feet high where failure of the enclosure would substantially jeopardize human life, and in essential facilities such as hospitals.
•    Separating exit stairway enclosures by a distance not less than 30 feet or not less than one-fourth of the maximum building diagonal, whichever is less. For example, a building with a 50-foot by 50-foot floor plan would have a diagonal of about 70 feet. One-fourth of 70 is 17.5 feet, which would be the minimum distance required between exits (since it is less than 30 feet).
•    A minimum of one fire service access elevator for buildings more than 120 feet high.
•    Fire service access elevator lobby sizes that are a minimum of 150 square feet in area with sides at least 8 feet long.
•    Keeping fire service access elevator lobbies free of storage.
•    Greater reliability of sprinklers with a minimum of two water supply risers for each sprinkler zone in buildings more than 420 feet high. Each riser is required to supply sprinklers on alternate floors and will be placed in remotely located stair enclosures.
•    Providing minimum structural integrity for framed and bearing wall structures
•    A one-hour increase in the fire-resistance rating of structural components and assemblies in buildings more than 420 feet high.
•    Explicit adoption of the "structural frame" approach to fire resistance ratings that requires all members of the primary structural frame to have the higher fire resistance rating commonly required for columns. The primary structural frame includes the columns; other structural members including the girders, beams, trusses and spandrels having direct connections to the columns; and bracing members designed to carry gravity loads.
•    Broadening the definition of the primary structural frame to include bracing members essential to vertical stability (such as floor systems or cross bracing) whether or not they carry gravity loads.
•    Increasing bond strength for fireproofing to nearly three times greater than currently required for buildings 75-420 feet high and seven times greater for buildings more than 420 feet high.
•    Field installation requirements for fireproofing to ensure that:
•    installation complies with the manufacturer's instructions;
•    the substrates (surfaces being fireproofed) are clean and free of any condition that prevents adhesion;
•    testing is conducted to demonstrate that required adhesion is maintained for primed, painted or encapsulated steel surfaces; and
•    the finished condition of the installed fireproofing, upon complete drying or curing, does not exhibit cracks, voids, spalls, delamination or any exposure of the substrate.
•    Special field inspections of fireproofing to ensure that its as-installed thickness, density and bond strength meet specified requirements and that a bonding agent is applied when the bond strength is less than required due to the effect of a primed, painted or encapsulated steel surface. The inspections are to be performed after the rough installation of mechanical, electrical, plumbing, sprinkler and ceiling systems.
•    Luminous markings delineating the exit path (including vertical exit enclosures and passageways) in buildings more than 75 feet high to facilitate rapid egress and full building evacuation.
•    Broadening the use of luminous markings to identify obstacles, exit doors, exit signs and floor numbers in the exit path in buildings more than 75 feet high.
•    Luminous exit path markings in existing buildings more than 75 feet high with the exception of open, unenclosed stairs in historic buildings.
•    Increasing the area of the Fire Command Center (the area from which all fire department operations are directed and usually housing the control panel for alarms, sprinklers, etc.) from 96 square feet to 200 square feet with at least one side 10 feet long in buildings more than 75 feet high.
•    Approved radio coverage for all buildings for emergency responders within the building based upon the existing coverage level of public safety communications systems at the exterior of the building. Approved coverage includes specific requirements for signal strength, system design, installation and maintenance.
•    Installing an emergency responder radio communications system to provide the required level of radio coverage throughout a building. Typical hardwired communications systems would be replaced.


Code Changes For Future Consideration:
The following are the nine model building and fire code change proposals consistent with the NIST WTC investigation recommendations that were not approved for the 2009 edition of the I-Codes but will be considered for resubmission at a later date after being amended:
•    Requiring buildings more than 420 feet high to be designed to survive a building contents fire to burnout without more than local failure of the structural frame.
•    Requiring structures not to suffer a collapse disproportionate to a local initiating failure caused by an accident or incident.
•    Requiring a risk assessment and acceptable mitigation of risks for buildings more than 420 feet high with an occupant load greater than 5,000; for buildings with an occupant load greater than 10,000; and for buildings determined to be at higher than normal risk.
•    Requiring use of a new standard for conducting wind tunnel testing.
•    Requiring installation of stairway communication and monitoring system at every fifth floor of each exit stairway. Also requiring, in buildings more than 75 feet high, a video surveillance system in each exit stairway, elevator lobby, elevator hoistway and elevator machine room to enhance situational awareness of emergency responders.
•    Requiring fire safety and evacuation plans for all occupancies and buildings where required by the International Fire Code (the International Building Code is more widely adopted across the country than the IFC; this would ensure all situations are covered).
•    Requiring detailed schematic building plans, including an approved Building Information Card, to be located in fire command centers to show the type of construction, stairway access and pressurization, fuel oil tank and hazardous materials locations, standpipe availability and locations, in addition to typical floor plan and details of the building core, means of egress, elevator locations, fire protection systems, firefighting equipment and fire department access.
•    Limiting the length of horizontal transfer corridors used to connect a stairwell to 50 feet or less in buildings more than 75 feet high.
•    Allowing the option to design buildings more than 420 feet high using the ICC Performance Code, instead of the high-rise provisions of the International Building Code. This change will allow the performance-based NIST WTC recommendations to be considered in a holistic manner. 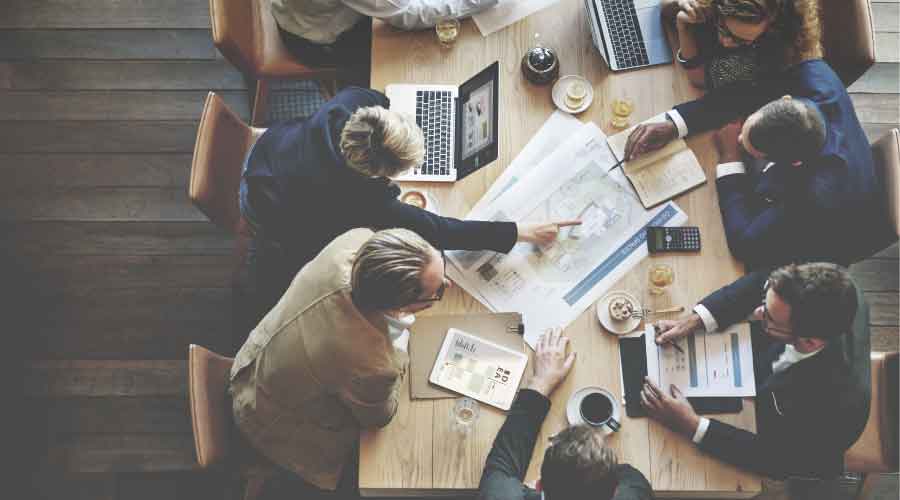 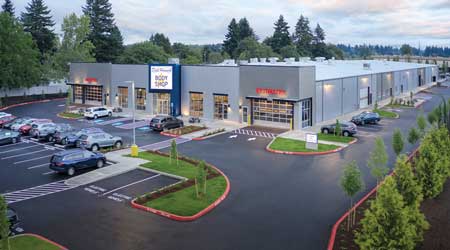