The following considerations typically should be part of a solid planning process for construction with metal building systems:

1. Decide how the tradespeople who will be working on the project will be coordinated. David Cook, principal architect, structural and architectural evaluation with CTL Group, explains why this is key: If the penetrations for outlets, for instance, aren’t made before the installation, it’s possible that an electrician will see a need for an outlet and simply cut a hole for one. He or she probably won’t know that the water barrier behind it needs to be patched. “An electrician is an electrician. It’s generally not his job to make sure the penetration is air- and water-tight,” Cook says. “You want to coordinate the trades (people) to make sure you get the right sequencing” of tasks.

When an interface between metal panels and a window or door fails, it’s often because it wasn’t clear who was supposed to take responsibility for the joint, Cook adds.

2. Determine whether the metal components are part of an integrated system straight from the factory. If they’re not — which often is the case, as integrated system tend to be more expensive — even more attention is required at the design stage to ensure that all the pieces will fit.

3. Also consider the type of testing that occurred in the factory: While many metal building systems have passed factory tests assessing their ability to allow air and water to drain, the seams and joints between pieces aren’t always tested. That presents a risk in terms of both the building’s structural integrity and its ability to meet code. “All these tests are performed by the manufacturer, but once there are deviations from the test, the code compliance of the system becomes questionable,” Carmichael says.

4. Be aware that some metal roofs may become vulnerable to “canning” or the appearance of slight waves across what should be flat areas of a sheet metal panel. This typically doesn’t affect the structural integrity of a building or roof, but is more of an aesthetic issue. It typically is related to the gauge of the metal and how often it’s supported, Hill says. This also can occur when the pieces of metal are tightly secured, but the attachments do not allow for expansion. “Stiffeners or expansion provisions are often provided to combat this issue,” Hill says.

5. Think through the placement of metals next to each other in the finished system. You want to know upfront that they’re compatible. “If they’re not, it can lead to corrosion,” Hill says.

Including facility managers in the planning process for metal buildings offers several benefits. For starters, the facility manager can describe to the architect and engineer all the intended uses of the building, which may minimize change orders and re-work, Cook notes. For example if security cameras will be installed, the mountings should be included in the design. Similarly, if an outside sound system will be needed, the electrical outlets also should be part of the design. “Everything can happen in sequence,” Cook adds.

Moreover, given that the facility staff is responsible for maintaining the building, the more they know about the construction design and materials used, the better they can do their jobs. Hill notes that whether sealants or gaskets are used in the joints can influence the maintenance required.

Similarly, the metal used in a building may have a 40-year warranty, while the sealants might be guaranteed for only 10 to 15 years. “Facilities (staff) wants to know what to pay attention to,” Hague says. ■ 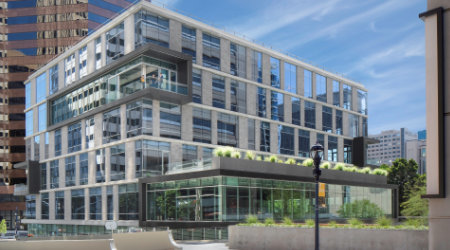