Have we finally moved beyond Dilbert? More than 20 years after the workstation was first widely implemented by U.S. companies — and more than 10 years after the emergence of the comic strip that made the ubiquitous office structure something of a cultural landmark — the answer to that question depends on how you look at it.

In many ways, the workstation of today is not the workstation of yesteryear. No longer just high-walled, uniform beige boxes, today’s workstations come in a seemingly endless assortment of sizes, shapes, colors, finishes and configurations. They offer flexibility and user-friendly options that Dilbert could only dream of. But the fact remains — new bells and whistles notwithstanding — most office workers still spend their days in something at least vaguely Dilbert-esque. That’s because, despite all the ways that workers and work have changed, no alternative has emerged to effectively and comfortably accommodate large numbers of office workers.

So what’s different about today’s systems furniture? For one thing, facility executives now have more aesthetic options than ever. Today’s products come in myriad colors and finishes, and can be emblazoned with a corporate logo or nearly any other decorative element. Workstations feature clear- and colored-glass insets and a range of textures for walls and surfaces.

“In some applications we’re seeing a move from fabric-panel workstations to a solid or hard surface, like wood veneer, that looks more like a real wall from the outside but has a soft, tack-able surface inside,” says Larry Carr, project manager, Brennan Beer Gorman Architects and Brennan Beer Gorman Monk Interiors (BBG-BBGM).

Thanks to innovations like these, many systems furniture products now create spaces that more closely resemble traditional, if small, private offices than sterile cubes. Some even have drywall panels that give them a truly built-in appearance.

“Flexibility” remains the systems-furniture buzzword, and manufacturers boast countless solutions for companies looking to accommodate churn and create spaces that can be adapted for a range of work functions. Reconfiguring options run the gamut, from more traditional, demountable panels to user-reconfigurable systems whose panels can be stacked or popped in and out for easy collaboration or re-arrangement. In the interest of flexibility, some manufacturers have changed the way their systems are assembled, with freestanding surfaces that rest on legs, and panels that hang on top of them rather than being suspended from walls.

Accessories designed to maximize flexibility also are more numerous and innovative than ever. Filing cabinets supported by casters slide out for use and tuck away for storage, as do extra tables, personal-items storage and “guest” chairs.

Today’s workstations tend to be smaller than in the past. Once-standard 8-by-10-foot models have made way for the 8-by-8-foot units that are typical today.

“A 6-by-6-foot space can work when you use a lot of innovative and multiuse components, like a file that is also a seat,” says Mark Johnson, senior designer and corporate studio project manager with KA.

This need to downsize results mainly from the space crunch many organizations underwent as the economy slowed. Another reason for smaller workstations is the simultaneous downsizing of computers and other office technology, as well as the data they house.

Because of the rise of flat-screen monitors and other amenities like flat-screen holding arms, work surfaces have decreased in depth from a once-typical 30 inches to 24. And in some newer designs, work surfaces are distributed differently to better accommodate the way most people work.

“One of the innovative things that has emerged is a 120-degree design that is an octagon shape with work surfaces that wrap around the person like a cockpit,” says Johnson.

In addition to offering new features, systems furniture is being applied in new ways. For one thing, stringing a ring of executive offices around a central “cubicle corral” is passé.

“‘Open office’ had a very different connotation 10 or 15 years ago,” says Michele Dremmer, former director of interiors with Holabird & Root, now with Gary Lee Partners. “Real estate was getting expensive, so people put everyone in the middle with the executive offices around the perimeter. But the lack of light and isolation of that model did not help productivity.”

Many progressive organizations are now putting workstations on the perimeter of the floorplan to give the majority of workers access to fresh air and natural light; executives are housed in the interior of the space. Because furniture walls don’t go up to the ceiling, natural light can still reach inner offices. Even in the more conservative settings — law and accounting offices, for instance — using transoms or glass to allow natural light to reach the cubicles is becoming standard.

Systems furniture is also being combined with other approaches to reflect the mix of work styles that has emerged within most corporations. Larger workstations may house staff with significant filing needs or those who spend all day at their desks. Smaller spaces may be dedicated to workers who spend much of their time in meetings. Those who speak on the phone all day may have higher partitions. And truly “mobile” workers may have shared spaces or hoteling booths or networked counters that are shared by all. The result: offices that have clusters of different furniture solutions throughout, or that group employees in different types of workspaces by team or job function.

The evolution of the workstation has allowed it to remain a mainstay of the office environment. But perhaps the real reason is that nothing else has come along that does the job any better.

“We have not really come up with an alternative,” says Jaime Velez, principal, Skidmore, Owings, & Merrill.

In part, that is because some of the workplace trends that have been brewing for years — the ones that promised to revolutionize the workplace — have been slow to materialize or have not had as large an overall impact as many anticipated. The notion of the completely mobile office, where employees just drop by on their way from the client meeting to the coffee shop with WiFi access, has not become a reality on a large scale. While mobile workers are a part of the landscape in nearly every office, most people still go to the office every day.

“This idea that every day you go someplace different is not what we are seeing,” Velez says. “The need for a home base is still fairly strong.”

Also yet to be adopted on a large scale is the fully user-reconfigurable workplace, in which employees routinely pop out panels to confer with their neighbors or rearrange their workstations significantly to accommodate different activities.

“Reconfigurability is always requested, but people rarely take advantage of it,” says BBG-BBGM’s Carr. “If people want to meet, they tend to head to a conference room.”

And even in office furniture, old habits die hard. “There’s the big trend toward getting things off the work surface,” Carr continues, “but most people end up with a jar of pencils on their desk anyway.”

Recent years have brought innovations in office furniture that have added flexibility and new options for corporations and their employees. But the fact that some of the high-end features available in today’s workstations are going largely unused by their owners has led some manufacturers and end users alike to think about getting back to basics.

“Five years ago, ideas were competing against each other rather than meeting needs, and furniture systems got more and more complicated,” says Velez. “In the past two years, there has been a return to a calmer, more traditional approach.”

As evidence of this change, a number of manufacturers are now reintroducing 1980s-style “classic” workstation designs, which are more straightforward and basic. This full-circle evolution works nicely for the many organizations that already own large inventories of older systems.

“Right now there is such a huge inventory that you don’t want to tell a client to toss it all out,” says Lynne Kelley-Lewicki, director, effective work practices, Nelson. “So the question is: How can you take the traditional layout and the existing inventory and apply it in a different way that is still financially efficient but is more supportive of how work is actually occurring?”

More often than not, that means finding ways to update older systems.

“If there is the luxury of a furniture budget, it is more likely to be spent adding parts and pieces than changing it all,” adds Kelley-Lewicki.

That, according to experts, bodes well for the future of workstations.

“The better people get at planning workspaces that work for their employees, the more popular these workstations seem to become,” says KA’s Johnson. “They just provide a lot of options.” 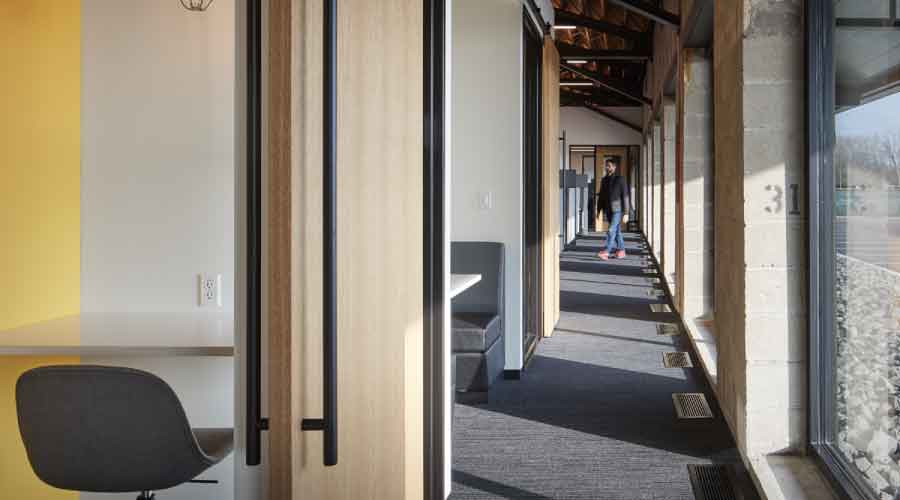 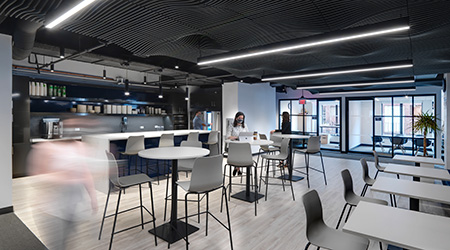