What’s the value of a good relationship between FM and IT? How about $10 million? That’s what it would have cost the Medical College of Wisconsin to build a new data center to replace the 40-year-old space that still houses an array of mission critical servers. Keeping that data center in shape to meet the needs of the organization took good investments by the information systems department and a strong partnership between FM and IT.

At the Medical College, the facilities and information services departments have each other’s backs, especially when it comes to the data centers that run mission critical IT applications like patient billing around the clock. But it wasn’t always that way. Steven Hawley, data center manager, remembers emailing his former FM counterpart to ask if he knew why there was a garden hose running across the data center floor. The one-word response: “No.”

Getting from that point to the strong relationship that exists today took effort on the part of both departments. “That journey was a partnership,” says Jeremy Tews, director of technology and enterprise infrastructure at the Medical College of Wisconsin. He compares the relationship between facilities and information systems to a marriage. “Our lives are tied together,” he says. And while that’s true across the board for the two departments, the impact is particularly noticeable for the Medical College’s data centers.

Hawley also helped the facilities department solve a longstanding problem: the difficulty of scheduling maintenance on UPS and cooling equipment serving the data center. It was the facilities department’s responsibility to schedule work on the units, but it couldn’t be done at a time when maintenance would pose a big risk to data center uptime. The situation had reached the point where preventive work wasn’t being done. Hawley’s solution was simple: He would let facilities know the good times to schedule maintenance, rather than telling facilities when it was a bad time. As a result, maintenance was put on a regular schedule.

“We changed the model by communication and cooperation,” Tews says.

The new model proved itself when both of the UPS units in a data center failed catastrophically within days of each other as a result of arc flash caused by zinc whiskers. Facilities and information services staff worked side by side round the clock for nearly three solid days until both replacement units were up and running, with no data lost.

While it’s hard to quantify the value of a good relationship between the two departments, Tews says that he believes that cooperation and communication between the groups, along with smart investments in IT equipment in the data centers, has provided a significant payoff. “What Steve has done and what we have done in partnership with facilities has saved us a $10 million data center build,” he says. That partnership made it easier to update the old data center, adding redundancy, bringing in new CRACs and UPS systems, and improving air flow management. If the old data center had been allowed to languish and become outdated, the Medical College would have been forced to invest millions of dollars in a new one. 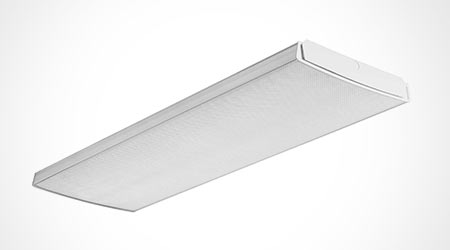