2. Effects on the UPS. When step loading the UPS from 0 MW to 1.2 MW (no load to 100 percent load), the UPS transferred to battery. The UPS manufacturer indicated that the transfer occurred because the single 2 MW portable generator source was not nearly as rigid as a standard utility source. The large step load caused the generator voltage to dip below what the UPS considered an acceptable input voltage, causing the UPS to transfer to battery.

This assumption was validated when the problem was not observed when step loading the UPS from 0 MW to 1.2 MW with the portable generator voltage set at 490V. The same step load was attempted again with the paralleled generator configuration, but then created a different problem. When a step load on the UPS exceeded 1 MW, which was above the capacity of one portable generator, the main output breaker on one of the generators would trip open.

The 2 MW portable generators consistently tripped their main output breakers on reverse power flow when attempting to transfer from UPS to static bypass. The commissioning team noticed that the transfer induced an inrush of apparent power that had nowhere to go but back to the generator source. The failure of the portable generators during this test made it challenging to demonstrate a crucial function of the UPS. Subsequently, a reactive load bank was connected to the electrical system, giving the apparent power a place to dissipate rather than rushing back to the generator, and the testing was successfully performed.

However, the UPS output frequency dropped below the acceptable design criteria during transfers. The design engineer indicated that the results were acceptable and attributed the problem to the portable generator source. Improved results were anticipated during operation with the permanent utility source, and this was later substantiated during a series of tests conducted shortly after the electrical system was connected to the existing building.

3. Effects on STS Units. Voltage sags were observed at the static transfer switch units during several commissioning activities, while the upstream UPS was bypassed in preparation for a battery discharge. In these cases, both the primary and secondary sources of the STS units were fed from the portable generators. The voltage sags lasted for more than 4 ms during particular transfers.

The commissioning team agreed that the culprit was the unrelated automatic start-up of other large loads connected to the system (chillers, pumps, etc.), which would drag down the voltage of the unstable portable generator source. This claim was confirmed through trending and supported by the lack of voltage sag consistency during testing of the STS units. Some of the STS units were also tested prior to the change in portable generator configuration and the newer portable generators were noted to yield better power quality. This observation confirms that significant inconsistencies can even exist between individual portable generators. 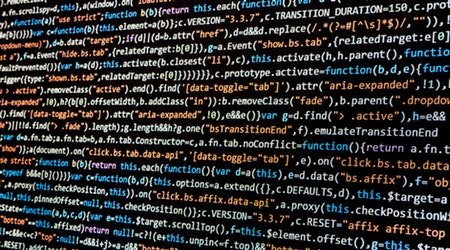