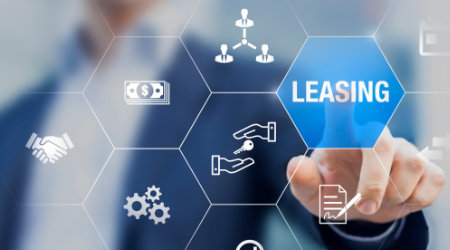 Unless commercial building owners move from fixed to variable indexing for rent increases, cash flow will be negatively affected by inflation.

Commercial real estate leases commonly include fixed annual rental rate increases, both on short-term and long-term agreements. These rate increases, which have often been around 3 to 4 percent a year in recent years, allow property owners and managers to increase both the value of an asset and the value of the cash flow related to that asset.

But this fixed-rate escalation approach only works for property owners if the lease rate increases keep up with inflation. And if inflation continues to follow the trend we’ve seen in recent months, the “real return” on properties will erode if owners don’t manage rental rate increases in a way that keeps pace with inflation.

To address this issue, landlords should consider using a different type of clause in their rental agreements – consumer price index (CPI)- or rate-indexed rent escalation clauses.

When is an indexed escalation clause a good idea?

In triple net-lease single tenant investments, there has been a transition over the past two decades to a fixed-base percentage rental increase. After all, fixed rent increases provide for easy underwriting and forecasting of returns, as the rate increase is a predetermined constant. On the other hand, basing increases on CPI, or on certain indexed rates, makes for readjustments and settlements of rents each year.

The flip side, though, is that fixed-rate increases don’t work as well in an inflationary environment, as we apparently are heading into. So it would be smart to consider using variable indexed rental rate adjustments linked to a benchmark interest rate (such as CPI) or any index that adjusts according to the inflation rate.

What types of leases are particularly impacted?

Inflation can be expected to impact many segments of the commercial real estate market, but long-term net leases are of particular concern.

In short-term situations, a cash-flow issue can often be corrected upon renewals or new leases. But in long-term leases, such as those for 10, 15 or 20 years, there is a need to include language about escalation clauses that will allow for variable rate increases over the term of the lease.

Specifically relevant to this issue, long-term net leases are popular for large capital-intensive assets like data centers, surgery centers, radiation oncology centers, and other types of medical offices. These real estate assets, with their long-term leases, are often sold as investments, with terms that span more than 10 years and have multiple predetermined rent increases.

What does this mean for investment properties?

Even in this tight supply market, there has been talk in the market of investors passing on deals for assets that have fixed-rate rate increases in long-term leases, even when the deals involve healthy credit and well-structured leases. This should be of concern to both landlords and investors.

This is an important topic to discuss now because if inflation becomes an ongoing trend, or “nontransitory,” it’s going to affect how investors view and evaluate proposed purchases. We may see lenders dictating a change in the way landlords design their rent increases, and at the least, expect to see more re-trades as underwriters factor in “real return,” or how the prevailing inflation rate impacts the asset’s ROI.

What should property owners and managers do?

The market is always fluid, but we can expect that cash flow on long-term fixed leases will be negatively affected by inflation unless the landlord can move from fixed to variable indexing for rent increases. And if landlords don’t act soon, they may see decreases in the asset’s value to investors.

With all indicators pointing to continued inflation, it’s time to consider making these changes now.

Structuring a lease that has increases based on the CPI or other index requires meaningful conversations between the tenant and landlord, to make sure everyone is aware of how such increases may impact the landlord’s expected return on investment and the tenant’s forecasts for the future.

Because the index rate is variable and can fluctuate from month to month,  it is Important is to work with the landlord’s attorney to lay out proper language so the landlord and tenant can clearly determine the best type of rate increases. There should also be references as to what Index is being used and how the rate formula will be factored, along with a timeline that lays out when rate increases will take effect.

Juan Vega is an Executive Managing Director at Colliers and is based in Tampa, Florida. He can be reached at juan.vega@colliers.com. 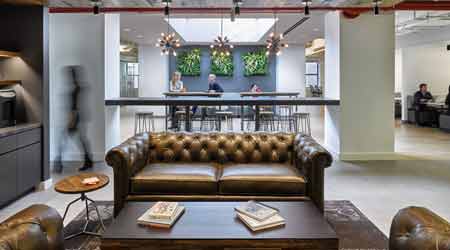