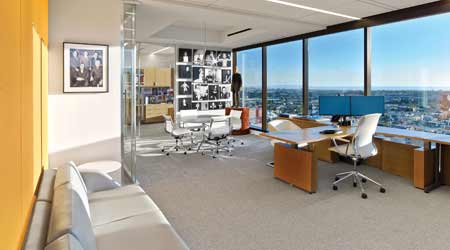 Less opulence, more practical - that is the MO these days for executive suites.