The interests of the developer and tenant have never aligned. Developers want to make money (by reducing construction costs) and tenants want to save it (by reducing operating costs). Because developers have historically won that battle, much of the nation’s existing office space isn’t green.

That doesn’t mean that office buildings can’t be made green. In fact, there are some of established road maps to make the process easier — the Energy Star Label for Buildings program and LEED-EB Operations and Maintenance (LEED-EB O&M).

Energy Star is the place to start for two reasons: First, Energy Star was developed initially for office space. Second, tackling energy is the best way to save money on energy costs that can be put towards other green measures.

There are many ways to increase the performance of a building in Energy Star. One of the easiest low-cost ways is to make sure that the operating schedule in the BAS/EMS matches building occupancy. “You can be conditioning empty spaces and not be aware of it,” says Camilla Gunderson, senior property manager at Opus Corp’s Crescent Ridge, a multitenant office building in Minnetonka, Minn., which earned LEED-EB Gold certification this year.

Achieving the score was also the culmination of years of work gradually upgrading building systems. Lights that began as 32-watt units are now using 25-watt lamps. “When a motor needed to be replaced, we’ve chosen the premium efficiency motor where it was possible to do that,” Gunderson says.

This leads to a broader lesson: Focus on process, not outcome. Facility staff may do the Energy Star benchmark and get a number so low they give up, says Nicholas Stolatis, director, strategic initiatives, TIAA-CREF Global Real Estate. Staff need to be told that while hitting a 75, the minimum required to earn an Energy Star designation, is ideal, not all buildings will reach that point and that the goal is continuous improvement, he says.

Once progress is made on Energy Star, consider LEED-EB O&M. In Minneapolis, working on LEED certification helped the property management team focus closely on improving operations beyond energy, Gunderson says.

Read the free LEED-EB O&M checklist offered by the U.S. Green Building Council to start thinking about what points to aim for. Determine which points the building already can obtain, which points can be obtained with minimal work, which points require capital investment, and which points are impractical, Mason says.

Some points will be difficult for multitenant buildings to get. Alternative commuting transportation and sustainable purchasing credits have reporting requirements that many property managers would find impractical, especially in buildings with more than one tenant. Offsetting that are other credits within easier reach. Earning the Energy Star label for buildings would garner four LEED points.

LEED awards points based on the level above the minimum score of 69 in Energy Star. Water efficiency points are easy to earn with faucet aerators, and low flow flush valves or diaphragms, says Mason.

“What we have also found is that if you are able to engage the tenants early in the process and educate them, they are much more willing to participate,” he says. Tenants that want to go green can independently pursue LEED-CI.

LEED isn’t for everyone. Some organizations don’t want to pay the certification fees. Still, there are plenty of changes property managers and tenants can make to go green without LEED.

Hines launched a program called Hines Green Office For Tenants this year to help tenants green their operations. Among the tips in the free tenant guide Hines offers tenants: Buy recycled copy paper, and commit to recycling it. Run copies on both sides of paper. Use paper cups instead of plastic or Styrofoam. When remodeling, have the carpet sent back to the mill for recycling. Buy low-VOC wallcoverings. Buy Energy Star appliances. In the summer, draw blinds to reduce the HVAC load. Walk the building at night periodically to make sure lights and copiers are shut off.

“These are all things that can be done and make a big impact and not have an added expense,” says Ilene Allen, vice president of corporate operations for Hines.

Recycling is another way tenants can go green and cut costs. That’s because in many jurisdictions the tipping fees to collect recycling are either significantly reduced compared to trash collection, or free, says Mason.

“In Manhattan, we had a building where the trash removal contract was no cost,” says Stolatis. “The trash hauler was picking up our garbage for nothing because we were recycling and separating the paper and it had enough value to offset the cost.” 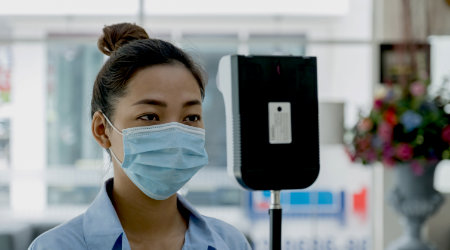 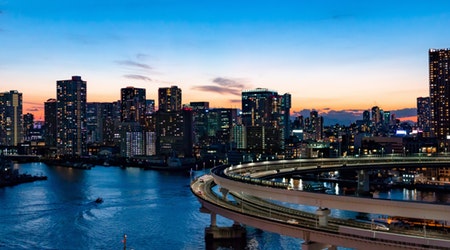 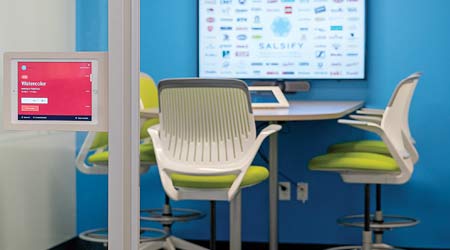