By Maryellen Lo Bosco
Ceilings, Furniture & Walls
OTHER PARTS OF THIS ARTICLEPt. 1: How To Prevent Poor Acoustics in Open Offices Pt. 2: This Page

Good workplace design can minimize acoustical problems. Since the biggest issue with open spaces is the potential for distraction and clashes between those trying to focus and those collaborating, the goal is “to accommodate collaboration without disturbing the heads-down people,” Perruzzi says.

In transitioning to new types of workspaces, it’s important to determine how much meeting space is needed, Perruzzi says. Often conference rooms are too big for most meetings, which consist of two to four people. “That means they are tying up a room, which makes it difficult for small teams to get together without being out on the floor,” he says. The solution is small focus rooms that are unassigned.

Fine-tuning meeting spaces may require small areas in a “cubed zone” to work in teams with “a little bit of separation” so that people can talk without disturbing others, Peruzzi says. Café and coffee stations can also provide seating to use for small meetings.

Another new way companies are handling the acoustical challenges of open design is by using “hotel desks,” meaning that people do not always sit at the same desk, according to Maniscalco. Depending on whether collaboration or focus is needed, an employee will want to shift his or her position in the open office. “You may sit near your team for collaborative work, but you move to a ‘hotel desk’ at the other end of the office, with a different group of people, which allows you to get your work done,” he says. This is because this group of “strangers” will be less distracting. How to utilize the space “is part of a conversation that should happen early on in the design decision,” Maniscalco says. At the end of a project, fewer solutions are available as options.

Maniscalco points out the importance of taking a company’s culture into consideration when designing collaborative workspaces and educating both clients and end-users in how to use them. This is especially true for older people “thrown into a new environment that works a little differently,” he says. Maniscalco provided an example of how one company had set up video chat rooms in which people seemed to be yelling at the screen — sound masking helped tone down the distraction and addressed the issue of privacy.

A range of acoustical treatments is usually advisable. For example, masking can be used along with absorptive finishes. “We use masking to augment privacy of glass office fronts,” Maniscalco says. “Sometimes the collaborative environment is bleeding through, and the people in the office or in huddle rooms can’t concentrate because of the noise outside,” he says, so masking works in both directions.

A holistic approach to acoustics is the best strategy. For example, when an ad agency consolidated its main and satellite offices into one space, thousands of employees moved from classic office spaces to bench desks and collaborative spaces. The new space was fitted out with “state-of-the-art masking, treatments on ceilings, and tailored conference and focus spaces,” says Maniscalco. What’s more, a change management program helped staff negotiate the workspace transformation.

Engineering out the value

Unfortunately, the methods chosen to improve acoustics are too often value engineered out of a project. That’s often a costly decision in the long term. “If they don’t spend money up front, it ends up being a problem later, at double or triple the cost,” Maniscalco says.

One company found that out the hard way. The company had gone to eight-speaker zones to save money, rather than use a three-speaker maximum for a controlled sound-masking zone. The space had to be retrofit. Feedback from staff showed that they could readily identify the difference in comfort with smaller zones of sound control, says Moeller.

Companies continue to retool their open spaces. Moeller reports that in the last few years, he has seen efforts to add more areas where individuals can retreat to focus on work, as well as more space where small groups of people can work rather than have collaborative meetings in large, open spaces.

“I see a lot of first-generation redesign,” Perruzzi says, in spaces where decisions about workplace configuration were based on factors not related to the work performed — for example, the need to use less space or to imitate a European parent. “That is when you have the highest level of dissatisfaction,” he says. “When distraction in an open environment is not properly tuned, people react negatively.”

Since open office design is not going away anytime soon, it is up to facility managers to protect employees from distractions in acoustically challenged environments. A key to doing that is to be proactive in tapping outside expertise as early as possible when spaces need to be designed or redesigned. Interviews, town hall meetings, and surveys can help to determine employee problems and needs in the workspace before a project gets started. 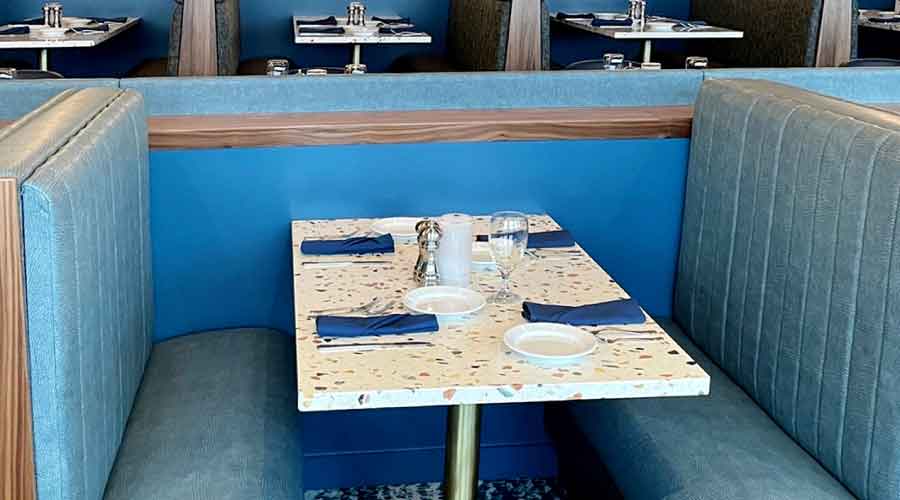