In the not too far off future. buildings might have interactive personalities to help tune the facility to occupant needs in real time. This is the vision of Dr. Burcin Becerik-Gerber, a researcher focused on human/building interaction at the University of Southern California.

"I see buildings as cognitive entities, similar to autonomous cars in a way," Becerik-Gerber said to PC Magazine.

Through the use of sensors throughout the building, as well as wearable devices, correlating data points such as a person's heart rate and the humidity and carbon dioxide in the air for example, the researcher hopes to enable buildings to be much more attuned to the needs of facility occupants.

Though her research is also focused on industrial facilities and automated manufacturing, with one firm focused on commercial real estate she is working on investigating how machine learning can be applied to improving occupant productivity, as well as comfort and health.

Through the use of avatars or voice interfaces, it might be possible in the future for the facility to operate as a "cyber-physical" system that can directly interact with its human occupants.

What was once firmly in the realm of sci-fi, has already edged closer with interfaces such as Siri and Alexa. A building interface avatar, like Star Trek's holographic doctor, might still be a little further away, but autonomous buildings are here now.

In California, for example, NVIDIA is building an AI laboratory that is designed to be autonomous. "When it’s up and running, this building will literally run itself," says Greg Zimmerman in Building Operating Management. Basically the building's BAS will monitor the building and itself through a vast network of sensors to apply machine learning to optimize the facility's operation. 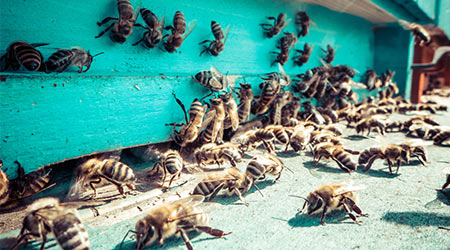