Part 2 of a 4-part cover story on cybersecurity and the BAS.

By Ronald Kovach, managing editor
Building Automation
OTHER PARTS OF THIS ARTICLEPt. 1: The Power and Convenience of Networked BAS Come With Cybersecurity Concerns As WellPt. 2: This PagePt. 3: Steps To Take To Improve BAS CybersecurityPt. 4: SIDEBAR: 10 Questions FMs Should Ask About Cybersecurity 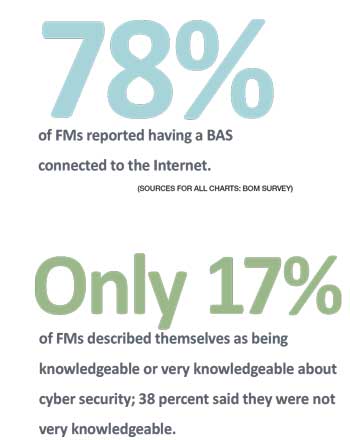