For more and more facilities, wireless systems and sensors are making sense, as their popularity and benefits are both growing. When AWeber Communications, an email marketing firm, moved its headquarters from leased space into its own facility in December 2012, it was ready to pursue any innovation to manage the facility the way it wanted, says Mike Flanagan, senior facility manager. "Every innovation we could put into the building, we tried," he says.

Wireless access into the building automation, security, and lighting systems through WiFi is a major part of that strategy, allowing Flanagan's team the ability to troubleshoot devices on the fly with a laptop. But wireless controls at the system level also play a big part. For example, the lighting system uses occupancy sensors and daylight sensors, but Flanagan also has wireless sensors mounted directly on the windows which scan the amount of cloud cover every 15 minutes and, in conjunction with tracking the sun, control the window shades accordingly to get the maximum use of the available sunlight. This functionality would not have been feasible as a wired solution "because of the complexity of the wiring and too many connection points," he says.

For AWeber, pursuing wireless is in keeping with its ethos as a tech firm. But for other facilities, wireless is driven by evolving product offerings and upfront cost savings. In fact, a recent study by Navigant Research predicts worldwide revenue from wireless nodes for building controls will reach $434 million by 2023, up from $84.8 million in 2013. While some facility managers are hesitant about wireless systems, others are beginning to address their concerns and cut the cord. Here's what to consider to establish robust, secure, and reliable wireless systems in your facility.

While wireless controls for systems such as lighting have been around for quite some time, it's only in the last few years that the market has evolved to solve problems that hampered widespread adoption in the past. These innovations include increased battery life of five or more years for sensors, or even no batteries needed, for example through sensors with built-in ambient light power cells. The range of wireless controls and sensors is ever increasing. It is becoming common to see wireless occupancy sensors, daylight sensors, audio/visual controls, temperature sensors, and door access controls, the latter especially in hospitality spaces. But wireless options exist now for humidity sensors and also carbon dioxide sensors, driven by the increased need for energy savings through demand-controlled ventilation, says Michael Isenberg, senior associate, building mechanical systems, WSP.

The growing adoption of wireless solutions is also being driven by a merging of the traditional silos between facility management, IT and engineering, says Peter Babigian, partner, Cerami & Associates, a technology design-consulting firm. "The concerns are starting to go away with more education and collaboration between departments," Babigian says. "It forces a reliance on IT that facilities hasn't been comfortable with until recently. That's starting to be overcome because the benefits are greater than the risk." 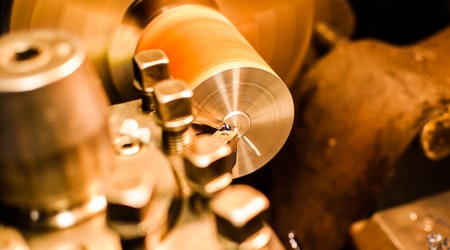