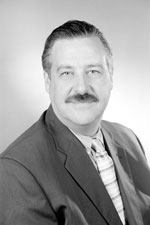 What is your department's role in planning for campus security?

Our role is primarily consultative in nature. When new technologies are being contemplated, we typically are brought in to discuss feasibility and technical issues before installation. We also take the lead role with the installation of systems on campus and oversee the functional operation — maintenance and repair — of the system.
|
What challenges have you faced in implementing and installing technology for campus security communications?

We have various challenges. Installing access control systems in new buildings is a relatively new concept at the University of Michigan. Most of our systems are in existing buildings where installation can be costly and challenging. Most buildings do not have space dedicated for the installation of control panels, so we find ourselves installing panels in less than optimum locations.

Depending on the interior finish of a building, we might have to install surface-mounted conduit rather than hide it in walls or ceilings.

When devices need to be mounted on the exterior of buildings, we must pass the review of the university’s Exterior Elements Design Review committee. This committee has questioned the appearance of some of our devices, particularly on historic buildings. We also have to get permits from the Authority Having Jurisdiction (AHJ) in some instances, and this process is time-consuming and adds costs to our projects.

For our access control system computer servers to communicate with the building control panels, we must cross various information technology (IT) boundaries. One organization controls the backbone of our IT, while buildings’ IT systems generally are controlled by the various schools and colleges occupying the building. The challenges of simply connecting one of our panels to the system are significant, and they require a tremendous amount of cooperation and coordination.

What benefits has the current generation of access control technology brought to your facilities?

Our current system has reached the end of its useful life, and we are in the middle of upgrading our access control system. We expect the next generation of access control will allow us to significantly reduce the number of people with access to some buildings.

The user interface will be upgraded and be much more functional for the people programming access into the system. We also will be able to manipulate our cardholder information more efficiently, allowing us to target certain groups of people for access, rather than selecting people individually. We will continue to use magnetic stripe cards as the credential recognized by our access control system.

What capabilities and features are you looking for the in the next generation of security technology?

Our vision for the future includes upgrading from magnetic stripe cards to either proximity or, more likely, smart-card technology. We also have a significant number of doors that would benefit from connection to the access control system.

Our goal is to expand the system to include all of those doors, and it will likely cost millions of dollars to accomplish. We are looking forward to developing and integrating wireless solutions, interfacing with our networked access control system.

What should managers consider in specifying and installing surveillance technology?

There are many access control systems on the market, and it is critical to think long-term and pick the right solution from the start. Otherwise, you could end up replacing an entire system in the future. The larger a system is, the more sole-sourced you become.

At the university, we have a culture that has been somewhat reluctant, if not outright opposed, to embracing this technology, primarily because (university officials) did not know what the system data would be used for and who would have access to that information. We recommend having that policy in place before installing a system.

Picking the right location for the building control panels also is critical. The panels need power and network connections, and reader panels have maximum distances. So if they are not located centrally with a mind on the future, you could end up installing multiple panels in a building where one panel would have sufficed.

We believe it's always best to install the first card reader on a building on the handicap accessible door, if at all possible.

What next-generation technologies are you investigating?