By Edward Sullivan, Editor
Security
OTHER PARTS OF THIS ARTICLEPt. 1: Reducing Operating CostsPt. 2: Facility Staffing During the DownturnPt. 3: This Page

When it comes to the facility budget, the current recession does have some bright spots. The rapid deterioration in the economy has cut the cost of natural gas and eased the upward pressure on the prices of construction materials. And the slump in construction puts facility executives in a better position to bargain with contractors and vendors.

When it comes to security, however, the dark cloud may have an even darker lining. “There really is no question that when times get more difficult, crime does go up,” says Jonathan Lusher, a security consultant with IPC International. “It’s really not a good time to be cutting security.”

Security can be a tempting target for budget cutting. In times like these, effective security programs can in a sense be their own worst enemies. Top management is often more willing to fund security programs after an incident. When all seems to be going well, companies may conclude the security program can be trimmed back.

Experts say that a recession is the wrong time to cut the security budget. One issue is that the risk of workplace violence increases in a bad economy. The reasons include hostile terminations, domestic troubles, even anger about losses directed at financial institutions.

Theft is another consideration. It’s a particular problem for retail organizations, but the risk doesn’t stop there. From storage rooms to parking lots, any organization can be vulnerable to theft.

The first step in addressing risks is to identify them. “In some cases the police can do that for you,” says Lusher. But the police aren’t qualified to assess all the risks an organization may face. That may leave an organization in a tough spot: It may be advisable to bring in outside expertise for the vulnerability audit in light of the new economic circumstances, but justifying the funds may be very difficult. Regardless of how the vulnerability analysis is done, it’s important to understand risks before determining whether security measures can be cut back.

Property management firms should also have clear protocols for responding to incidents. “In the event of workplace violence, everybody should know what to do,” says Rosenbluth. Tasks may include clearing the area, alerting tenants, securing the perimeter and contacting the police.

Better security need not mean harsher security. The recession could well increase the number of homeless or unemployed people looking for shelter in public properties. Rosenbluth says that a property management firm should have a plan for dealing with that situation, with calling the police only as a last resort.

“To the extent possible, be compassionate,” says Rosenbluth. Property managers should be aware of local support available in the community for those who are homeless or unemployed. “You may even offer to take them to the shelter if they are amenable to accepting that kind of support,” he says.

Security isn’t just the job of the security staff, say security experts. It’s a good idea for the entire staff to be security-conscious.

That strategy works for Froedtert Hospital, says Dan Birmingham, security manager. The hospital’s facilities — including the hospital proper, outpatient clinics and three parking structures — top 3 million square feet and house roughly 4,700 employees. The hospital draws roughly half a million outpatient visitors a year and on most days fills its 400 beds.

The hospital doesn’t have a security problem, says Birmingham, and doesn’t expect one to develop because of the recession. One reason is that the entire staff is security-conscious. “We have 4,700 pairs of eyes and ears,” says Birmingham. “It’s a multiplier. In orientation, staff is told that they’re relied on for that multiplier effect.” 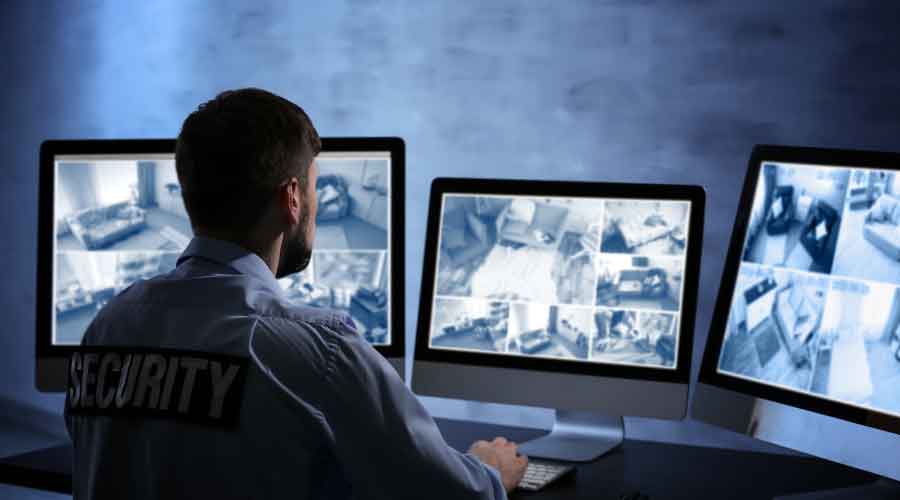