A Reroof Worthy of Champions

The TD Garden is home to the six-time NHL Stanley Cup Champion Boston Bruins and the 17-time world champion Boston Celtics — more championship banners than any other arena in the country. In addition, it is a landmark of the Boston skyline.

The TD Garden is home to the six-time NHL Stanley Cup Champion Boston Bruins and the 17-time world champion Boston Celtics — more championship banners than any other arena in the country. In addition, it is a landmark of the Boston skyline. But the existing roof systems on the 16-year-old arena had reached their serviceable life expectancy and required replacement.
In a building with 12 roof levels, including a barrel roof totaling 113,000 square feet and 10,317 square feet of gutter in conjunction with parapet wall reconstruction and masonry thru-wall flashing replacement/coordination, there would be a number of challenges to overcome. The roof project began in August 2010 and was completed by November 2011. During the two-year phased project, various roof and gutter systems were replaced. Workers removed approximately 156,000 square feet of existing roofing from the arena’s roof and gutter systems. The salvageable total of the existing roof membrane and approximately 113,000 square feet of insulation was recycled. The existing systems were replaced with 132,047 square feet of Sarnafil 72 mil Rhinobond PVC roof membrane and 23,747 square feet Sikalastic RoofPro Liquid Coating.
The aesthetic appearance of the barrel roof system was paramount. The barrel roof design has visible truss caps spaced approximately 40 feet apart. Sika Sarnafil custom manufactured 72 mil membranes to 80 foot lengths in order to minimize the exposed seams and ensure that the vertical seams joined under the truss caps. Custom fabricated truss caps were made using .080-inch aluminum and two-piece flashing was installed to ensure the watertight integrity of the truss cap system.
Several improvements were integrated into the new roof design, such as a self-adhered air/ vapor barrier, the company’s EnergySmart white reflective roof membrane that reduces building energy usage for cooling and minimizes the building’s contribution to the urban heat affect in Boston and the Rhinobond system, which improves the wind performance of the roof and reduces sheet flutter.

The Marriott in Winston-Salem, N.C., has always operated with the comfort of its guests as a priority. But one aspect of guestroom comfort that the hotel’s managers couldn’t fully control was the blazing summer sun streaming into the building’s windows. 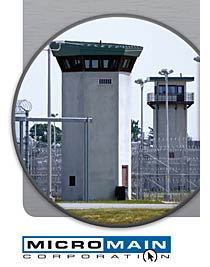 Software Locks Up $225,000 in Savings for Corrections System

Before implementing MicroMain Facilligence, Miami-Date County, Fla. Corrections and Rehabilitation used an obsolete version of Microsoft Access to track maintenance activities. Due to the generation of a large number of service tickets, the system crashed frequently at all six department locations.

After being shuttered for more than six years, following the devastation of Hurricane Katrina, Hyatt Regency New Orleans recently reopened following a $275 million redesign and revitalization. 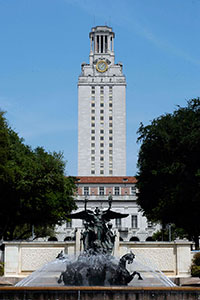 Strategic Facilities Capital Planning at University of Texas at Austin

The University of Texas at Austin, one of the largest public universities in the United States with more than 51,000 students, needed an efficient, objective, and repeatable method of prioritizing facilities projects, as well as creating its annual budget and 10-year plan.