Long periods of subfreezing temperatures and above-average snowfalls made the winter of 2014-2015 one of the toughest in recent years, particularly on the East Coast. During the winter, building owners and managers become concerned about heavy snowfall on their roofs for two major reasons. The first is that snow accumulation on buildings imposes additional loads on roof structures. In rare cases, the snow load exceeds the design loads established by building codes. The second reason may be less obvious: ice dams. Ice dams not only concentrate snow and ice loads at the eave, but also can contribute to extensive water leakage into buildings. Leaking water damages and deteriorates building components and may not stop until the snow and ice are removed from the roof. 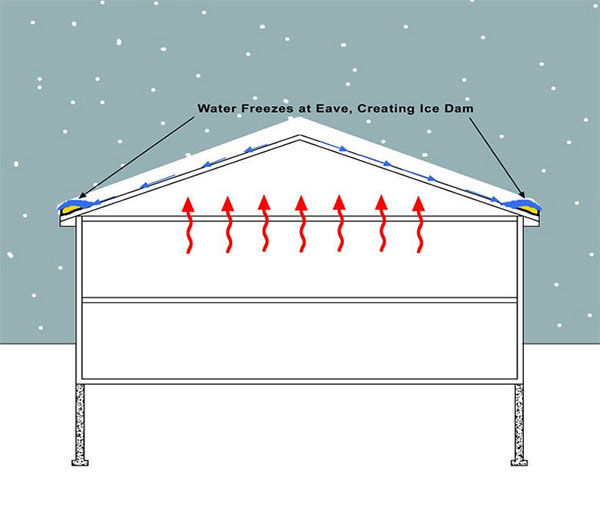 Figure 1a: Heat loss causes snow on the roof to melt; the meltwater flows to the eave overhang (which is cold) and refreezes. 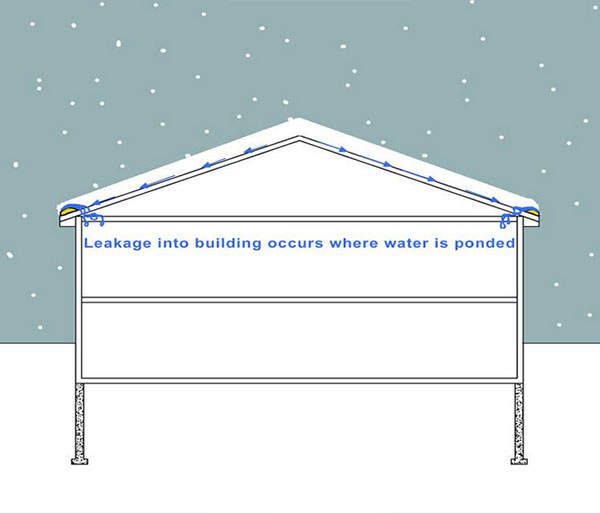 Figure 1b: Meltwater ponds behind the ice dam and leaks into the building.

Ice dams form as a result of heat loss through the roof. (See Figure 1.) The heat loss causes snow on the roof to melt, and the meltwater flows to the eave overhang (which is cold) and refreezes. The frozen meltwater creates a dam and prevents upslope meltwater from draining off the roof. Additional meltwater runoff increases the size of the dam, which increases the volume of stored water behind the dam. Gutters contribute to ice dams because meltwater also freezes in the cold gutter. The gutter fills with ice and prevents meltwater from draining off the roof. This ponded water can cause severe leakage into the building unless the roof is properly designed and constructed to protect against ice dam leakage.

Unfortunately, since ice dams occur in winter, immediate repair of associated damage is often impractical. Removing snow from the roof can be effective at controlling ice dams and related leaks, but it is labor intensive, dangerous, and must be done after each significant snowfall. Furthermore, removing roof snow can damage roofing materials and create additional leakage paths.

The good news is that there are several strategies that building owners and property managers can implement in the warm season to mitigate ice dams and related leakage in future winters. These strategies include: ventilating roofs; installing and repairing membrane underlayment; or installing metal roofs, superinsulated roofs, or snow-melt systems.

Ice Dams: Underlayment and Metal Roofs Can Protect Against Problems 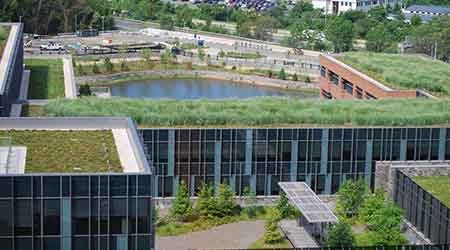