Managers who understand the difference between reflective and emissive roof coatings can specify the proper roof coating for their facility.

By Thomas A. Westerkamp
Roofing
OTHER PARTS OF THIS ARTICLEPt. 1: Roof Coatings: Cost Considerations and Facility NeedsPt. 2: Roof Coatings: Benefits and Energy SavingsPt. 3: This Page

Emissivity is a measure of how well the roof surface emits thermal radiation energy — heat. The recommended emissivity for roof coatings is at least 66 percent, which means 66 percent of the thermal energy striking the surface is emitted, reducing the building’s heat load and lowering cooling costs.

Reflectivity measures radiation — light — reflection. It is the ratio of light wave energy reflected from the roof surface to the total light wave energy striking the surface. It is expressed in decimals from 0 to 1, with 0.85 being desirable for good reflectivity.

The energy savings difference between the two characteristics as it relates to roof coatings is that high reflectivity coatings reduce cooling costs by reflecting solar radiation in hot weather. High emissivity coatings lower both cooling costs and heating costs. It reduces the building’s cooling load by releasing heat absorbed from the sun, and it reduces heat load in colder weather by retaining heat. 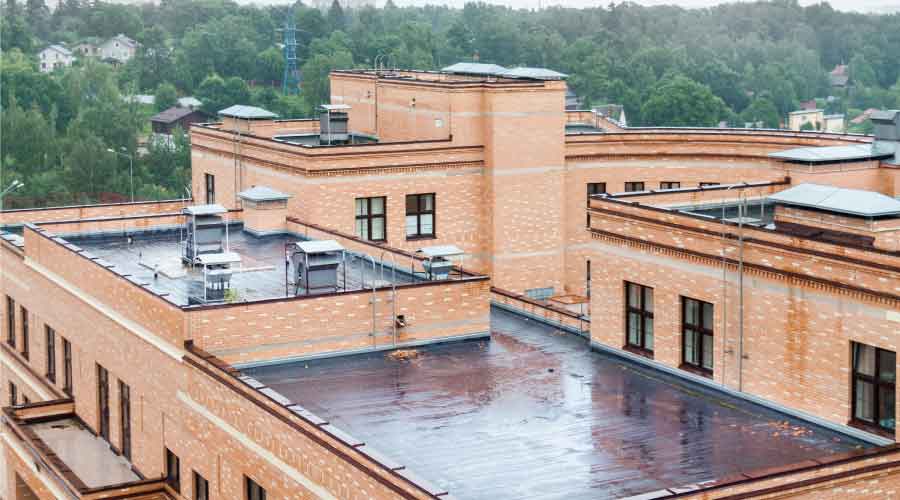