Flood waters have receded, and hurricane season is over. It is officially the holiday season, but before institutional and commercial facilities string multicolored lights, maintenance and engineering managers need to consider having the electrical equipment thoroughly inspected for possible water damage.

In the last 20 months, 18 major floods hit the United States, and recent flooding in Louisiana has been described by the Red Cross as the worst natural disaster to strike the nation since Hurricane Sandy. Although these flood waters have disappeared, serious problems could be lurking within the electrical wiring.

“Nothing lasts forever” is an adage worth keeping in mind with regard to wiring. Although it is commonly assumed that the insulating sheathing around wires can resist any harsh environments, experience proves otherwise. Electrical wires are not meant to be submersed in water. Neglect and reuse of wiring can be extremely dangerous. A substantial number of fires result from faulty wiring, according to the National Fire Protection Agency.

When floodwaters overrun indoor spaces, wires can be exposed to environments in which they were never intended to function. Old wires that already presented hazards before the flood can become especially hazardous afterwards.

Learning from the past
One of the most recent examples of a destructive fire caused by faulty wiring in the aftermath of flooding took place in September 2013. More than 50 businesses along a six-block stretch of Seaside Park, N.J., were destroyed by the fire. The wiring that caused the fire was damaged by the Hurricane Sandy flooding in October 2012.

The Seaside Park fire began in wiring that dated to the 1970s, according to investigators. The damaged wiring was located under a frozen custard stand and candy shop. Wires under the boardwalk came in contact with each other, causing an arc that is believed to have started the fire. The wires had been exposed to the storm surge and subsequently the grating action of the sand compromised them.

One remarkable part of the Jersey Shore fire is that the disaster occurred after the boardwalk had been rebuilt. That dramatic incident speaks to the insidious nature of wire corrosion. Electric wires might appear to be fine, but once corrosion sets in, it can quickly accelerate and cause dire consequences for managers and their organizations.

What managers can do
Seaside Park’s experience should serve as a warning to managers seeking to renovate facilities after flooding and severe storms. The safest way to be sure about a wiring installation is to have a certified electrical inspector examine the wires for obvious signs of corrosion. The age of the wires could be a factor, but a highly corrosive environment can quickly cause an accelerated deterioration of a wire.

When salt water, corrosive chemicals or debris make their way into facilities, the wiring insulation can become compromised, allowing conductors to short, creating an arc flash and ultimately start fires. In the absence of corrosion, such incidents are rare. It is the corroded insulation on the wire that is faulty. When extraordinary circumstances affect electrical wires, then a proactive response is recommended.

The level of damage to the electrical wiring and equipment also can vary if flood waters are contaminated with chemicals, sewage, oil and other debris. Ocean water and salt spray can be particularly damaging, due to the corrosive and conductive nature of the salt water residue, according to the National Electrical Manufacturers Association (NEMA).

NEMA’s publication, “Evaluating Water-Damaged Electrical Systems,” serves as a guide for managers, suppliers, installers, inspectors and users of electrical products when performing an evaluation. It also provides requirement and recommendation information for standards references and the replacement and reconditioning of electrical distribution equipment, motor controls, power equipment, transformers and wiring that have been subjected to water damage.

Copper is not the cause
The fault in the wiring is not in the copper conductor. The conductivity of copper does not change with exposure to harsh environments. Copper in the wire itself effectively resists moisture- and humidity-driven corrosion that can destroy other wiring systems. Unfortunately, this same property does not necessarily apply to the insulation.

Corrosion is a tricky subject, and it is only exacerbated by salt and other chemicals found in flood waters, not to mention the grit and dirt. Oils and solvents in the water can be especially destructive to polymer sheathing. Polymers are used in sheathing so that electrical wires will be flexible and easy to install. While the polymers make the wires easy to install and provide electrical resistance, they do not necessarily provide the best corrosion protection. Decades of exposure to harsh environments can and does take its toll.

To ensure that facilities’ electrical wiring is functioning properly and that no potential hazards exist, the Copper Development Association recommends that the building’s electrical equipment be thoroughly inspected for possible damage. It is also important for managers to contact the manufacturer for specific guidance if the equipment is being considered for reconditioning. But in most cases, unless the water is pure, managers should schedule the replacement of waterlogged wiring and electrical equipment in facilities. 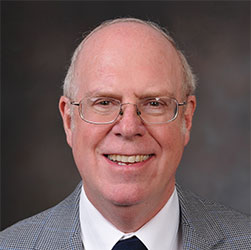