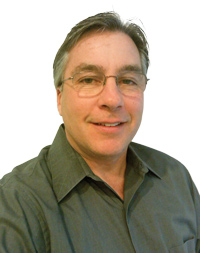 Why did you select Branford High School as the facility in which to install the CHCP system?

The driving force in the decision to use Branford High School was the town's interest in installing back-up generation at the high school for future use as an emergency shelter. The cost for back-up generation was around $450,000, and it provided minimal savings only through some demand-response initiatives. By installing the CHCP (combined heating, cooling and power), there was no capital outlay by the town, as the system would pay for itself through energy savings.

The high school is used year-round, so there is a constant demand for heating or cooling. And during summer operation, if we had to run independent of the grid, we produce chilled water without the building chillers. Therefore, more power is available to operate a larger portion of the school.


What were the primary reasons for specifying the CHCP system?

We looked at both reciprocating engines and fuel cells. Reciprocating did not provide the load electrically or thermally that we were looking for. Fuel cells were too expensive and did not give us the return on investment that we thought would be most attractive to the town.


What impact has the CHCP system had on energy use and utility costs?

We have been basically cost-neutral for the last three years. In 2007, we were purchasing utilities - gas, oil, electric, and water - for around $520,000. Our costs have slightly decreased. We are now paying off the low-interest loan of $90,000 per year for a 10-year note. We are paying for the full-service monitoring and maintenance contract - $52,000 per year - which includes a five-year rebuild of the turbines.

Other areas where we have seen savings is in the maintenance costs of the buildings' boilers, which still supply steam to our athletic wing of the school, and chillers, which are now just exercised occasionally so that they would be ready in the event of a failure of our CHCP system. Our net savings have been between $30,000 and $60,000 over the last three years of operation, which has been mostly a result of our natural gas purchasing. The lower our gas costs, the more cost savings we can realize.


Is maintenance more demanding for this type of system?

We have a full-service maintenance contract, so we actually have less maintenance issues with this system then we had previously operating two boilers and two chillers. But we do also have the capability to monitor the systems performance through remote-monitoring software. To insure the system is operating at peak efficiency, we log in several times a day to check power production and thermal production.


What lessons did you learn from the CHCP installation?

Too many. Being one of the first to install this simultaneous heating, cooling and power system, we really had no idea what we were in for, and there was no one with experience to ask.

I think that we would have expanded the project to have the CHCP provide thermal for a larger portion of the building. We also had to learn by trial and error how to best schedule the equipment. We have the option of shutting down two of the four turbines during unoocupied times or allowing the turbines to ramp down their electrical production. We learned over the first two years of operation when it was more efficient to ramp down and turn off two, depending on thermal demand.

We also have learned the ins and outs of the natural gas markets and third-party suppliers for things like hedging on purchase contracts, monitoring the market to know when to put supply contracts out to bid, and how to better structure our bids to insure the best pricing.


What type of communication did you have with your utility during the installation?

We were in constant contact with our gas and electric providers and DPUC (Department of Public Utilities Commission). Our gas company needed to provide us with a new, separate meter and higher gas pressure than we previously had.

Through the DPUC, we have an agreement called a DG (distributed generation) rider, which provides us with reduced transmission and demand charges from our gas company. Each utility was heavily involved in our testing and commissioning of the system to insure safe operation.