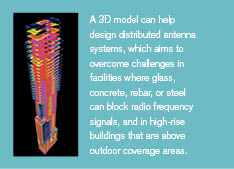 Outages and Shutdowns: Tips for Success

How to Implement New Technologies Into Emergency Communication

How Technology is Changing Emergency Communication