Aging and overburdened infrastructures are becoming huge problems in many cities nationwide. Increasingly, facility managers have to find a solution to interfacing with a city’s infrastructure in dire need of replacement or with lessening a building’s impact  on that infrastructure. Nowhere is this challenge greater than at the new Amazon HQ2 in Long Island City, New York.

With an expected occupancy of about 25,000, the new building will produce 2.5 million gallons of wastewater per day, based on an average of 100 gallons per person, according to The New York Times. An equally pressing issue is what happens when aging pipes become clogged or overtaxed.

The old sewers in Long Island City already overflow and sometimes back up into homes after heavy rains, say residents, according to the article. What’ll happen when 2.5 million gallons per day are added to an already overburdened system?

First, HQ2 will be located in a former industrial area that includes larger sewer pipes than those in residential areas, and the pipes are in reasonably good shape.

Third, simply installing low-flow fixtures in the facility also could reduce the average amount of wastewater per person. 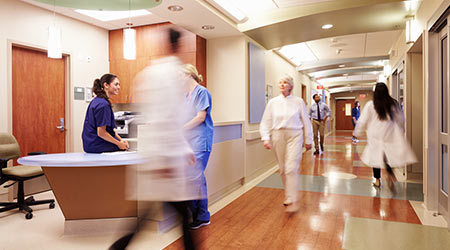