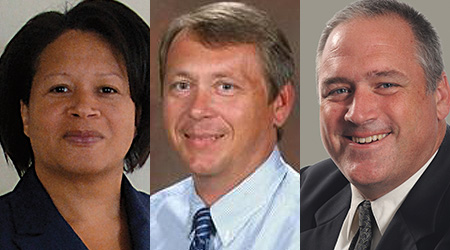 Part one of a one-part article on water conservation

By Dan Hounsell, Editor-in-Chief
Plumbing & Restrooms
OTHER PARTS OF THIS ARTICLEPt. 1: This Page

Water conservation has become a nationwide priority, and maintenance and engineering managers in many institutional and commercial facilities have embraced the challenge of controlling water use by key facility systems. Their strategies and tactics offer guidance for managers seeking to curtail water use in and around their buildings.

Miller: In the South, we go through many spells of droughts. Especially around 2009, the South experienced some of the driest conditions in history. The local water authorities all asked that we all look at how we can reduce our usage and help lower overall demand. That’s where our efforts grew from.

Walinski: Saving water is a difficult thing to get through people’s heads. But now, even out here in the East, water bills have increased a lot. People are starting to understand that it’s not just an endless supply of water for you to waste at your leisure. In the beginning, the hardest thing about water conservation projects is that the audience had a poor understanding of how much that was needed.

Harris: The biggest challenge was getting the money to upgrade those systems. When I was planning and executing some of the initiatives put in place, we were in the middle of a (state budget) crisis. I also inherited an antiquated infrastructure with old piping and sprinkler heads and an analog control system. We had to find creative ways to upgrade our irrigation system and do some other initiatives to overcome that financial crisis.

How did you locate the sources of water waste in your facilities?

Walinski: When I started here, we had submetering just on the building, and it was on the fire system. So we put a meter on the irrigation system and a meter on the cooling tower. Those two were easy because it was taking money off your sewer bill. You could add those two, and it was an actual return just for adding those meters. But what that did was start segregating where the water usage was. Going back five years with the water bills didn’t give us a lot of information, other than where was our baseline in general. When we started putting in all the submeters, that was the only way we could make progress. We started making changes because we had this data.

Harris: We looked for the greatest impact for the lowest amount of money. I did a study of the soil, the climate, the plants, and the irrigation system. After conferring with staff and other professionals, I came up with these concepts looking at how much water we’d save vs. the cost. So before I asked for the big dollars, I went in with the low-hanging fruit. Just by changing our watering schedule and putting down biotextiles and rubber mulch and doing other things to keep the moisture in the ground before the replanting, we saved about 50 percent in our water use.

Miller: We put some test fixtures in, and we got some feedback from them. We decided we wanted to go with the low-flow flush valves and the shower heads and some of the faucets. We decided on a brand, and then we looked at the scope for where we wanted to install them. We looked at our medical center, which has about 1.6 million square feet and 380 patient beds. We decided to install them in all the patient rooms because they were going to give us the biggest opportunity for reduction.

How did you develop and perform upgrade and retrofit projects?

Walinski: In our department, we have a team of people — in-house mechanics and project managers — that is dedicated to technical projects. I’m a big believer in attending trade shows and getting CEUs because this is where you see and hear about new products. Also, we’re around a lot of other companies our size, and we’re friendly with some of the other facilities’ staffs. If we do something that works out really well for us, we’ll offer to share that information with the neighbors, so to speak, and they do the same for us.

Harris: There was a lot of support from others, but I spearheaded the entire effort. I guess you’d call me the champion. I came up with the concepts and the quotes, I scoped it out, and I negotiated resources to complete the plan. I also selected the products. I did not design the irrigation system, but I did develop the scope and was part of the source selection. I also negotiated funding for the upgrades to the system.

Miller: We worked with our design and construction folks and with our infection-control people because the last thing we wanted to do was to impact the patient care. We were going in and changing shower heads and faucets and flush valves and toilets, so we ended up doing this entire project through my facilities staff and maintenance team. We worked with the nursing staff to develop a schedule, and we went room by room. I’d estimate we worked on at least 300 patient rooms in four months.

Did you encounter unexpected problems on these projects?

Miller: The biggest issue we had when we changed out the china is that a lot of these walls are made of ceramic tiles. You have a plumbing fixture that’s been mounted 15 years, and it’s been caulked a number of times. Even when we got that caulking out, we’d take the toilet off the wall, and the ceramic tile came with it. We didn’t have the luxury of taking down an occupied room for three days while we did ceramic tile repair, so we came up with a retrofit plate that fit behind the toilet on the bolts. It covered up any damage to the tile, and it looked like a complete product. It sealed the ceramic tile and addressed the leak issue, and it gave it a good look when we were done.

Walinski: When we changed over our restrooms to higher-efficiency fixtures, we coupled it with education. We made sure people understood what the savings were from the touchless faucets. Somebody came up to me after we installed the faucets and said that the water always comes out warm when they brushed their teeth after lunch, and they didn’t like brushing with warm water. When I explained that we saved X million gallons of water over a year by putting these in, they got it. Once they understood the reason behind the change, I’ve never had anyone say that it’s unacceptable.

Were you able to quantify the savings from your efforts?

Walinski: From 2007 to now, we have reduced campus water use by 60 percent, thought there have been years where there was a little bump (in water use) because we were doing construction or it was really hot and we were using a little more cooling plant water or a little more for irrigation.

Miller: (After the patient room upgrades) we did see a modest reduction in our overall consumption, and that’s the first time we’d seen that happen. We’ve seen that since implementation. It did give us some quantifiable evidence that we achieved what we were looking for.

What lessons did you and your department learn from these projects?

Miller: We used to spend thousands of dollars a month on plumbing repair kits for flush valves. One of the plumbers who has worked in our department for 30 years said we don’t buy repair kits anymore. We used to buy those once month. He said the new low-flow (fixtures) that we put in have cartridge diaphragms, and they don’t go bad. Over the last two years, he said he might have replaced one. We do not even have to spend on the repair parts for the flush valves.

Harris: One lesson I learned is to stay away from proprietary irrigation systems that don’t have local suppliers and vendors and support. It’s difficult to get spare parts. They’re not readily available. We should have looked closer. We were just so excited at the features of the system that we didn’t really pay attention to the maintenance services.

Walinski: We uncovered a lot of problems by using submetering. The problems basically point themselves out, and we were able to see where the biggest savings were right away. When you ask yourself how you’re going to save water on campus, that’s a big question. When I look at the meters and I see a spike here or a number that doesn’t look right, it becomes much easier to figure out how I’m going to save money at this particular point.

What are your next steps to conserve water in your facilities?

Harris: I’d like to move toward a mobile app for viewing and control of our irrigation system. (The control system) is very useful, but I’d like to be able to use it on the weekend to make changes from a cell phone. Also, some of our smaller sites we did not tie into our remote system, so they can’t detect the weather and make adjustments. Now we want to make sure those sites communicate with California Information Management System. That way, we’ll be better able to take advantage of evapotranspiration and other weather concerns and eliminate the possibility of watering while it’s raining.

Miller: As a health care facility, we don’t have aerators on our faucets. The problem in a health care setting is that an aerator can develop bacteria and germs if it sits unused. That’s one area we’d love to tackle but can’t because of infection control. But if I had an office building, I’d look closely at that area because I think it would have a big impact.

Laying the Groundwork for Successful Upgrades