First part of two-part article on questions FMs should consider related to transgender access to restrooms, locker rooms, and showers.
By Rita Tatum   Plumbing & Restrooms
OTHER PARTS OF THIS ARTICLEPt. 1: This PagePt. 2: Get To Know the Federal Laws Related To Transgender Restroom Access

The question of transgender access to restrooms, locker rooms, and showers is a contentious national issue that has left some facility managers not sure about what their obligations are under the law.

In mid-May 2016 the Obama Administration sent a letter to schools nationwide saying they should offer transgender students the right to use restrooms, locker rooms, and showers matching their gender identity. The letter, signed by U.S. Department of Justice and Department of Education officials, describes what schools should do to prevent transgender discrimination.

“We must ensure that our young people know that whoever they are or wherever they come from, they have the opportunity to get a great education in an environment free from discrimination, harassment and violence,” noted John B. King, secretary of the Education Department in a prepared statement.

The federal government, however, is not leading the charge for transgender antidiscrimination. Rather it is following case law decisions, such as the recent U.S. Court of Appeals for the Fourth Circuit Court in Richmond, Va. This year, that court ruled in favor of a transgender person designated female at birth who wished to use the boys’ restroom in his rural Virginia high school.

Defining transgender
Technically, federal law has not specifically defined the term “transgender.” But current case law indicates a transgender individual must be consistently presenting himself or herself as the gender with which he or she identifies, says Joseph P. Paranac, Jr., attorney at law with LeClairRyan.

“They need to be generally consistent with their gender identity, but that does not mean that they must have completed or even scheduled sex change surgery,” he explains.

In the Richmond case, Paranac noted the transgender student lives as a boy and is taking hormone therapy. 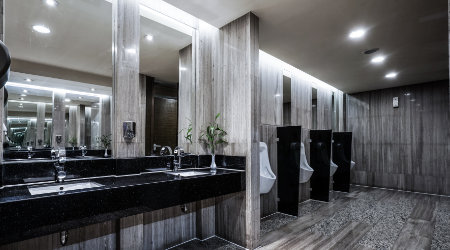