There are many kinds of issues that can arise when doing a plumbing and restroom renovation. Managers who plan for potential problems can see additional project benefits.

Taking place over a four year period, the Campus Crossroads Project faced a number of different challenges related to the plumbing and restroom upgrades at Notre Dame Stadium. One major issue related to the demands presented by the needs of the university’s football team. Hummel and his staff worked during the college football off-season, and they had to be sure not to encroach on other areas of campus life. Working over an eight-month period, the renovation was completed ahead of schedule.

“From a scheduling standpoint, there were no loss of football games,” Hummel says. “All of this had to take place from the first of December, which is after the last home game to August. Quite honestly, we were done well before the Blue/Gold Game, which is the Spring game in late April.

“The large quantity of fixtures and components (we had) to change during that fairly short window was pre-planned and purchased ahead of time. Once the actual window of construction became available, it was able to be completed within that time frame.”

Once the renovations were completed, the results began to show right away, Hummel says Among the benefits — the upgrades freed the maintenance staff to focus on other projects, water consumption decreased, and the effects on the bottom line were clear.

The renovations freed up the maintenance staff, allowing them to focus on other essential items that may require maintenance and the need for additional staff also is minimized.

“By refixturing these restrooms, we have decreased our general maintenance,” he says “By updating them to a newer product line, it made the operation more efficient for us.”

In addition to freeing up the maintenance staff to focus on more general maintenance, the renovations also improved the water conservation at the university.

“Conservation in general is part of the culture at Notre Dame,” Hummel says. “We are always looking for ways to save water. Over the past decade, the university has leveled off its water use while expanding campus by over 25 percent. Low-flow fixtures are a key factor in that conservation.”

The financial savings also has been significant for the university.

“For the stadium and Campus Crossroads Project alone, the financial benefit exceeded well over $200,000,” Hummel says. “Including all of the project, the savings have been in excess of $250,000 by us being able to reallocate maintenance staff to other projects on campus.”

Over an eight-month period, Hummel and his staff renovated more than 2,000 restroom fixtures. While challenging, the process provided Hummel with a valuable lesson.

“‘Stay the course’ is probably the simplest terms I would use,” Hummel says. “I want to build on the fact that we have our sustainable goals, (and) we have the desire to reduce water and provide a durable fixture. I think since we have been successful with that. That is the lesson. We just want to maintain that path going forward.” 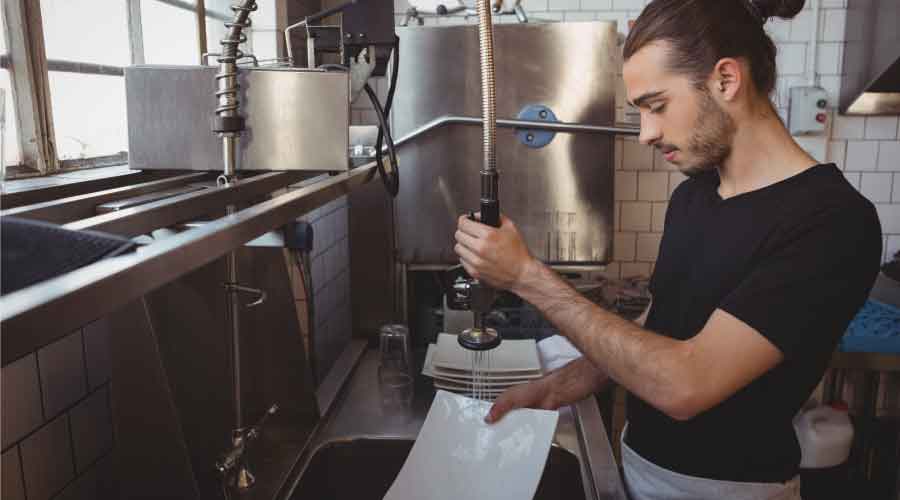