Odor issues typically resulted from poor cleaning or the need to change liquids or cartridges more regularly. In fact, the university found the touch-free nature of the urinals was a plus.

A study performed at the University of California Los Angeles (UCLA) to determine the way odors differed between waterless and traditional urinals found odors were more a function of urine on floors and surrounding surfaces than the type of urinal.

The study included a section that evaluated odor proliferation from waterless and conventional, flush-valve urinals. Sensors were located on each urinal at three locations: inside and immediately above the bottom; 6 inches in front of each urinal and level with the bowl lip; and at ceiling height near a return-air vent. The study concluded no statistically significant differences in odor existed between the two urinal types.

In general, waterless urinals have been better-received and maintained in office environments and higher-education institutions. Installing a test fixture might be beneficial in other areas, including high-traffic locations, settings prone to vandalism and fixture abuse, and K-12 schools.

Modifying Faucet Aerators and Checking for Leaks to Save Water

How Do Waterless Urinals Work? 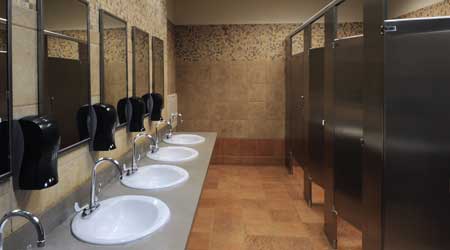 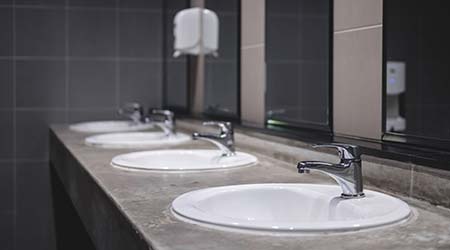