What You Say: Water-Cooling Challenges

For data centers facing extreme cooling problems, water cooling is an option. But water-cooling setups can be a challenge to implement and operate. Do you use water cooling in your data center? Submit an answer and view results at www.facilitiesnet.com/polls

Researchers at the U.S. Department of Energy’s Lawrence Berkeley National Laboratory have discovered that the type of air filter some buildings use in ventilation systems might play a role in the prevalence of sick building syndrome, commonly known as building-related symptoms (BRS). The team also found that the prevalence of BRS increases with rising outdoor concentrations of the pollutant ozone.

Webcast: Emergency Preparedness
Natural disasters. Terrorism. Vandalism. Fire. Emergency situations take many forms and can strike without warning. When they do, the results can be devastating – and even business-obliterating. It imperative that organizations have pre-existing recovery plans in place to ensure facility and occupant safety. In this free webcast, Fred Krishon of Facility Engineering Associates discusses the key components of an emergency preparedness plan.


Blog Watch
Buildings Help Shape College Experience
I’m almost three years removed from my educational experience at the University of Minnesota. But the first time I saw the Twin Cities campus is still fresh in my memory.

I signed up for a campus tour in the dead of winter – my first mistake – as a high school senior. We began our chilly journey on University Avenue, the ideal spot to view the university’s historic buildings and breathtaking architecture. I left Minneapolis that day sold on the university, and that first impression left by the campus’s facilities undoubtedly played a part in my decision to enroll.

But once I started taking classes, I realized the negative impact historic buildings could have on university operations. Some of the archaic facilities were too hot. Some were too cold. Others were poorly lit and didn’t facilitate the best learning environment. Every campus has similar issues, and students learn to deal with them. But that doesn’t mean the problems shouldn’t be addressed. My latest alumni association magazine called for support for the university’s $225.5 million capital request for 2008 …

Solar Technology Arrives, Sort Of
After years of promise and potential, solar technology finally might have arrived as a viable alternative for institutional and commercial facilities. Or has it?

The industry recently has added several thousand jobs in the production of solar cells and the installation of solar panels, reports The New York Times.

Not surprisingly, California is home to most of the manufacturers of and customers for the current wave of solar technology. The state generally serves as the bellwether of the next big thing, and solar technology seems to fit that bill …

Grim Lessons Learned
As the unthinkable occurred on the Northern Illinois University (NIU) campus on Valentine’s Day, when an armed former student broke into a classroom and started shooting, the news coverage evidenced that school officials had taken the lessons of previous national tragedies to heart.

Local Chicago news stations interviewed students immediately following the shooting. One male student reported his surprise at how quickly the police were on site. Another reported that within 20 minutes of the event, the school was on lock down. School officials sent a warning e-mail out almost immediately after the event and posted information on the school web site. Students spread the warning to each other via text messages.

In the aftermath of Virginia Tech, that school was faulted for how slowly information was distributed. It seems NIU tried to address the key component of communication through a mass notification system with multiple layers, including a public address system, an emergency hotline and the school web site…


eTool
California Lighting Technology Center
Established by the California Energy Commission and the University of California, Davis, the center’s mission is to stimulate the application of energy-efficient lighting by facilitating technology development and demonstrations, as well as to offer outreach and education activities. 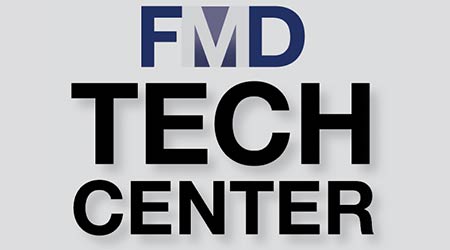