After Service, Veterans Turning to Maintenance and Engineering

Many maintenance and engineering departments face serious staffing issues thanks to a steady stream of experienced technicians leaving the profession. To help fill those vacant spots, one reliable source of entry-level technicians — as well as supervisors and managers — in recent years, has been the U.S. military.

Many women and men leaving the military trade their fatigues for business attire. “You spend months training to become a soldier, learning to be this thing that they need you to be,” says John Rehfeld, a former army combat medic. “They break you down and build you back up, and there’s nothing like that for getting out.”

With help from the organization Still Serving Veterans, Rehfeld steered toward the construction industry and became an engineering technician, according to WAAY. He is hardly alone. In 2018, 6.4 percent of all U.S. veterans worked in construction, and 11.7 of them turned to manufacturing, according to the U.S. Bureau of Labor Statistics. Rehfeld believes these fields are attractive because the work provides veterans with a tangible mission.

“Whether it’s building a building, whether it’s laying down pavement for a parking lot, there’s always an end goal,” he says. “And everybody knows their part. Everybody's doing something specific to advance towards that goal, and that’s very similar to the military.”

An annual list of top 25 hot jobs for veterans published by the group Military Friendly also found that in 2018, construction supervisor ranked number 18 on its list. Other skilled trades included electrician at 13, and welder at 19. Rehfeld says any veteran leaving the service should strongly consider entering the trades.

“There's good money in the trades and, you know, it provides you an opportunity that you may not otherwise find in such a short period of time,” he says. 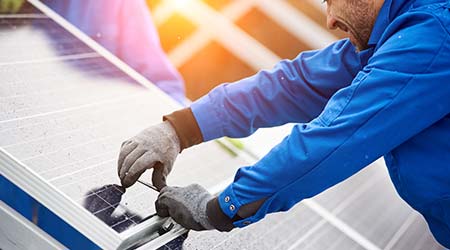 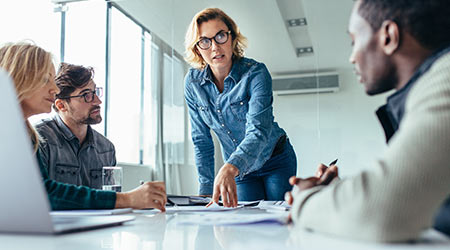