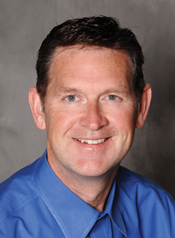 The West Linn and Wilsonville communities have passed a number of bonds for their school district. What has been your role in building support for these measures?

Our district has a unique distinction in that we have a standing, school-board-appointed Long Range Planning Committee. This group of patrons came together in the 1980s to address issues related to a growing community and the district’s interest in providing quality educational facilities. The committee has met regularly since then, focusing on various initiatives as directed by the school board.

They have developed and published a long-range plan for the school district that is routinely updated and shared with the two cities in our district, as well as the county, to help inform regional growth and clearly signal our future actions.

My role is to provide leadership and staff support to the Long Range Planning Committee. Through this effort, I have been able to take a broad look at district history and vision to gain a clearer understanding of our community and the school district’s role in fulfilling its educational mission.

In this effort, short-term planning – 5-10 years – is an important component of the long-range plan. Since the late 1980s, our district has passed capital-improvement bonds every five-six years addressing growth, equity, safety, efficiency, and quality of facilities. Since I am in charge of all operational facilities, I am well aware of certain deficiencies, deferred-maintenance schedules, and other issues that design or redesign can remedy. This information is woven into the long-range plan through the committee in real time so community members have a deep understanding well in advance of capital-bond election activities.

Over some period of time, these details, along with needs to accommodate growth, are kept front and center so the information is well known and accepted and easily leads to preparation of components approved for capital funding. My role is to both explain these facility needs and sponsor them forward. As a full-time staff member, I act as an ambassador of the district mission by articulating in words and written communication this vision and the path to fulfilling it.

Can you describe a mistake you made in getting a bond measure enacted? How did you address the mistake the next time?

While our district has never failed to pass a bond measure, we have been made aware of specific issues that were seen by the public as less than satisfactory in terms of how past bonds were handled.

The single most difficult issue we face is communication and providing transparency in our work. Significant efforts, including spending a good deal of time talking about these issues, have provided insight into what the real issue is and developing strategies to alleviate the concern.

We have found that efforts to clearly educate our school board, administrators, staff, and parents is reasonably easy and effective by crafting clear talking points that are consistently delivered at every possible opportunity. This message is then taken to the general public through everyday conversation as all of us go about our daily activities. We have also found that patron-based committees or task forces are way more effective in providing authentic communication than through staff meetings and announcements. We have made a concerted effort to harness technology in every conceivable way to get our message out. Smart phones, e-mail, and interactive Web sites have all helped in this effort. We also have found that focused messages to targeted audiences are best and work well with our intentional creation of neighborhood schools.

Technology in the form of specific software is also an area that has helped enormously in providing the kind of transparency that leads to a well-informed electorate. In particular, we have recently engaged the services of a construction-management software firm – Web-based – that provides real-time access to data in a variety of forms that can be communicated through Web sites and transmitted to interested parties in a way that is timely and constant to all viewers.

How have the bonds helped your district deal with deferred maintenance?

In November 2008, our district passed a capital bond valued at $98 million. One component is $10 million to specifically attend to the deferred maintenance backlog. Again, having this included is a result of communicating the need consistently and repeatedly over time to the point where the public is fully informed and understands both the need and the value.

What is your department working on now in terms of long-term planning or compiling data for future bonds?

When the bond components were first assembled for a capital-bond campaign during the winter of 2007-2008, the list was valued around $200 million. In February 2008, the district sponsored a bond summit and invited 150 hand-selected patrons to meet and discuss the long-range plans of the district and to explore ways of achieving these goals.

How has the faltering economy affected your department's finances, and what steps have you taken to cope?

Our school district, like so many, is faced with budget cuts. Fortunately, we did pass a capital bond in 2008 that also included money for deferred maintenance. With this funding, we are able to take care of many facility issues that would have had to wait. Our school board has also granted authority to use some of the bond funds to take care of new, pressing problems that crop up from time to time, typical of general maintenance responsibilities.