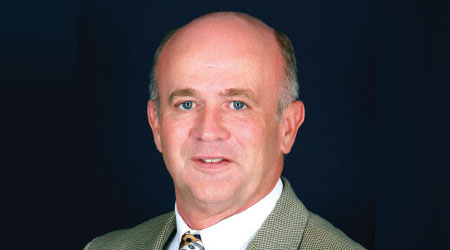 Tom Brantley is the facilities director for Leon County in Florida and has held his position since 1995. He brings a diverse background to his career in maintenance and engineering management. We talked with Tom about his career experiences and the advice the has for others who are looking to move up in the profession.


Q: When and where did you start your career in maintenance and engineering management?

My first foray into building maintenance was right here with Leon County in 1995. This job was perfect for me and followed the experiences I had gained within city and county engineering departments, where I was responsible for public works projects such as roads, bridges, drainage, landfills, water and sewer, and sanitation. Also, my earlier experiences with Chicago Bridge & Iron Company (CB&I), whom I co-oped with through college as both a drafter and design engineer, only later to become a project engineer and field superintendent responsible for design and construction of major facilities for private industry and municipal government. My prior experience with CB&I ranged from oil and gas to coal-fired electric and nuclear power plants, a NASA wind tunnel test facility, oil rigs, sewage treatment plants, a submarine rehab job, re-decking of the Golden Gate Bridge, elevated water tanks, and a ship retrofit. I also worked a short time for a building contractor the first six months I was out of school, having graduated during the last big world recession in 1983. It was this broad collection of experiences, I think, that really prepared me for my career in facilities.


2. What credentials, certifications, licenses, or other professional designations have you earned?

My chief credential is likely the solid engineering education that I received from the University of Alabama in the late 1970s, where I excelled as a student majoring in civil and structural engineering, and the hands-on applications taught by Alabama at this time really distanced me from the rest of pack once I entered the workplace. I mean it's hard to explain how a 22-year old engineering student on a summer marine yard job with 60 other engineers from schools all across the country could ever be noticed, much less to advance in just three months to become a lead piping engineer for two major offshore drilling rigs, but 35 years ago that was me and something I really accomplished and relished. I later went back to school and earned a Master's degree in civil and environmental engineering from Florida State University, which is the credential I am told qualified me for management. From there, I would say that my three professional licenses in engineering (P.E.), and licenses in land surveying (P.L.S.), general contracting (C.G.C.) and underground utilities (C.U.C.) have all proven invaluable assets to me. Such have allowed me to pursue a rather satisfying multi-faceted career that shows no signs of letting up anytime soon. In fact, I have performed forensic engineering services for the past 5 years while finishing out my time with the County. I've worked literally all over the country and some of the stuff I work on I have not done since early in my career. I really enjoy it.


3. What is the most rewarding part of your job?

The people I work with have always been the most satisfying part of my job, as the people I work with here in Facilities Management are just like one big extended family to me. In fact, a recent trend has been to search out and hire people many of us already know, such as our prior work associates, people from our churches, and word-of-mouth hires from others that we hold acquired great respect for. So, it's fulfilling to know that the people we have working here all fit in and come from the same sort of backgrounds and can really gel together as a group. That's been a key success factor for us in past accomplishments. But then it's also after the work is done for the day and you get to decide who you hang with and what you do in your spare time. Many of us here socialize together both on and off the job and I've found that's the kind of place where people really want to come to work.


4. What is the most challenging?

Perhaps the most challenging thing we face in local government is attrition and replacing good people with a lot of years experience and institutional knowledge when they are lost to retirement. The salaries we get to pay people to come to work here are not all that great, and as a public agency there's always the stigma of people not wanting to become one of "them," but rather to remain in private enterprise. But you know, we've analyzed ourselves and know what we have to offer newcomers to compete with outside employers. That is a modified thought process that says in addition to your full-time job we encourage you to locate and hold after-hours work. This way, the staff can earn the customary insurance and pension benefits here while perhaps making money through the combination of county and private employment. I've been doing this successfully here for years and the word about us in this regard seems to have spread through the community and a lot of good people we otherwise might not have attracted have came to work for us. It's been quite an effective way for us to hold a competent staff together to perform the work we need done.


5. What is the best piece of advice you have received about your career?

Oddly, the “best” piece of advice I received was also the “worst” piece ever given to me. When I first applied and was selected for this job, it caught quite a few people off-guard. This is because I was already working and performing well in one of the highest engineering positions that my employer has. My primary mentor at the time was our CEO who was an engineer and possessed managerial credentials. He called me to his office and expressed concerns with my job move and advised me to not plan to stay in the job for very long, lest he believed I would be damaging an otherwise promising engineering career. He stated two years as about the maximum time period that he thought I could stay without damaging myself as an engineer. Now, some 21-years later, I feel it was the absolute best move for me that I could have ever made for myself. The engineering credentials only made me a much more exceptional facilities director than I ever could have ever dreamed of achieving as a mere design engineer. Plus, the added opportunities to build something new, relatively from scratch was also appealing to me. In hindsight, I think I have done a pretty good job, and it's been one that's left my imprint upon the community at large. Although I still respect his concern for me, I'm glad that I chose to ignore my mentor's advice. I have probably earned far more as facilities director than I ever could have made by continuing to serve as chief engineer while awaiting the director of engineering and public works director slots. Plus, the work there was repetitive and tended to be boring, whereas in facilities field the work is highly varied and has been rather exciting. It also gives one great satisfaction to work with all the new technology as part of a diversely talented team to achieve things daily.


6. What do you wish they had told you about the profession before you started?

I really don't think there's much of anything bad that anybody could have told me that would have dissuaded or prepared me any better. This goes back to my daddy and seeing what all he was faced with and did and how he held himself together as highly taxed young maintenance man, who just honestly loved to work. You see, I too love to work and this persona sort of just ingrains in you. But it helps to have had the role model so you know what you're getting yourself into and it also helps to surround yourself with others who like to work just as much as you do. I've done that here. But the thing I always tell outsiders is how at times we all thrive on absolute cacophony here, I mean, when it all goes bad and everyone else is nervous, we're cool, calm and collective. It sort of helps being experienced and having good staff who've done things before to depend on. But by the same token, I also tell people that when calamity strikes, you'd might want to be looking for your head maintenance people. And if you ever see them looking worried or running, then your feet had best be moving too!


7. What advice do you have for anyone looking to move up in the maintenance and engineering profession?

I'd say to read and study a lot and don't ever rest on what you know or think you know. There's just so much technological change and advancement occurring on all fronts that it's truly hard to keep up. And although a good maintenance director knows limitations and that he can't do the big jobs all by himself, sometimes there's days where you're going to get caught and put in positions of needing to be ready to act without others around.