The Changing Face of Maintenance

You dont need the latest census report to understand how the nation’s population is changing. More specifically, to see the impact that growing ethnic diversity is having on maintenance and engineering departments in institutional and commercial facilities, just take a look at the front-line technicians at work in these facilities.

As every manager knows all too well, it is getting tougher by the day to find qualified, trained maintenance technicians. To fill vacancies in their departments most managers, if not all, have responded by expanding their searches beyond what might be considered traditional candidates.

One result of this change is that more Spanish-speaking technicians — as well as other non-English-speaking workers — are joining maintenance departments across the country.

Two conversations with manufacturers at the AHR Expo in Dallas last month offer a glimpse at the changing face of facilities maintenance, as well as how some manufacturers are responded to the change.

A manufacturer of large HVAC equipment described the control panel for his company’s new product, pointing out that error messages now appear in plain English, not as error codes that an operator has to look up.

I asked him if the codes also appear in Spanish.

He was caught off guard, then seemed a bit embarrassed that the designers — or anyone else involved in the process — hadn’t thought of that feature.

Providing error messages in Spanish “really wouldn’t be that hard to do, either,” he said.

The conversation with the second manufacturer confirmed the basis of my question. While the second manufacturer said his company would remain focused on selling large pieces of equipment that have been its bread and butter for decades, he also said that because the company senses a slowdown in sales in the next two years, the company also will expand its offerings of post-installation services and in-house technician training.

And yes, he made a point of saying, that training would be offered in both Spanish and English.

Given the changing population in all areas of the country — and in small towns and big cities — it should come as no surprise that maintenance and engineering departments are feeling the impact.

What matters most now is the way that managers — and manufacturers — respond to this ongoing evolution in the work force. Their actions probably will go a long way in determining how successful their organizations will be. 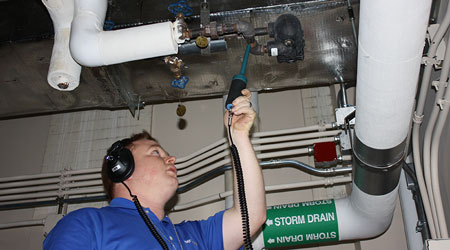