To say that people who design buildings and those who maintain them don’t always see eye to eye is an understatement. In many, if not most commercial and institutional organizations, the relationship has been frosty at best and hostile at worst.

In such situations, designers focus largely on form over function, giving little or no thought to how an attractive building actually will operate once it opened and ignoring complaints from occupants. Maintenance and engineering people in these organizations tend to dismiss designers as unrealistic and unwilling to listen to suggestions.

At one time, that was more or less the situation with the Milwaukee Public Schools, which is responsible for more than 200 buildings with 18 million square feet of space. Its division of facilities and maintenance services includes both a design and construction department and a maintenance and repair department. Each department’s staff had operated largely independently of the other, as is the case in many organizations.

“Often, you’ll find design and construction people working in a vacuum,” says Travis Luzney, the district’s manager of maintenance and repairs. “Project managers and engineers drive the projects, and the maintenance department doesn’t have involvement.” The results for the district were all too predictable.

“All I would hear from the (maintenance) staff was, ‘Why did they design it that way?’ ” says Richard Moore, the division’s director.

Then, 15 years ago, the division revamped its process for planning, designing and constructing new schools and performing major renovations. Instead of design and maintenance working independently, maintenance personnel began taking part in every aspect of new construction and renovations, from preconstruction meetings and plan reviews to final walk-throughs.

Beyond creating “spirited discussions,” as Moore calls them, between designers and maintenance people over designs and construction plans, the revamped process produced a pleasant result.

“Both sides have gained a little better appreciation of each other,” Moore says.

The revamped process produced another, more concrete benefit. Often, five years or so now elapse before any new school in the district requires major maintenance or repairs, says Gina Spang, the district’s manager of design and construction.

Maintenance involvement in the division’s plan review process starts with the kickoff meeting, Spang says, and the involvement remains the same whether in-house personnel or contractors are doing the work.

“Consultants sometimes were challenged in ways that they weren’t used to,” Spang says. Maintenance inspectors also had to adjust to their role in the process and understand what they were looking at in the plans.

“It took a period of time, but they really came to appreciate the importance of those documents,” Spang says.

The transition had its bumps. Moore points to one situation he calls “gold plating,” in which inpectors would make notes asking for the installation of the best of each type of product or system.

“People came to understand the intent of the process,” he says. “Just because you write down something on the documents doesn’t mean we’re going to do it.”

A Range of Benefits

The division has stuck with the process because it has paid dividends, but its success has required both sides to alter their approach and change some age-old habits. Communication is one example. Where once the two departments rarely conversed, talks among designers and maintenance people now are common.

“Designers go down to the shops all the time to talk with the trades people,” Moore says, adding that the enhanced communications benefited both sides. Maintenance people have gained a better understanding of why and how design decisions are made, and designers have become more aware of the impact of their plans on maintenance and operations.

Spang points to mechanical rooms as one area that traditionally had caused problem. Designers generally gave little thought to their size or location or the placement of equipment within them. But when maintenance inspectors began reviewing plans, she says, they pointed out that a few changes would give technicians better access to equipment and make their jobs easier, at little or no additional cost.

Giving technicians even just a little more room to change filters, for example, or specifying a requested type of valve that is easier to maintain would make technicians more productive and help minimize time and money spent on the task.

Because maintenance inspectors are involved in the entire process, all the way to the punchlist walk-through, they can note problems at any point that otherwise might go unnoticed until much later, when it’s too late.

As an example, Luzney says inspectors might point out that insulation sitting on a rooftop is wet and stop its installation.

“If that didn’t happen, we could have big problems,” he says. “Five to ten years after installation, that moisture would have been blistering through.”

The benefits of the district’s plan review process even extend to outsiders that are working on school construction and renovation projects.

“There is time saved not only by our staff but by contractors,” Spang says. “They don’t have to spend as much time going back and correcting problems.”

As the examples demonstrate, the district’s decision to integrate maintenance with design has resulted in bottom-line benefits. It also works for the people taking part in the process.

“To me, the process just makes a lot of sense, particularly in the public sector and in government,” Spang says. “We’re all trying to stretch a dollar pretty far.”

Despite the underlying common sense behind integrating maintenance and design functions in any organization, few organizations seem to have actually made the commitment to the degree Milwaukee Public Schools has.

“I’m not aware of other districts that have a process such as ours,” she says. Moore has seen some increased interest in the process among his peers elsewhere.

“More of my counterparts are doing it, and more of them want to do it,” Moore says. “They realize the long-term benefits of the strategy.”

Obstacles exist for any organization revamping such a complex process. Most organizations change very slowly. Beyond that, maintenance managers and their staffs must buy into the belief that their commitment of time on the front end can pay dividends down the road. Their days are often too full as it is.

“It is a time issue, but the more you do it, the better you get,” Moore says.

Spang points to two of the critical elements of a successful process.

“It really gets down to clear communication and people buying into the process,” she says.

“We all recognize the need to control costs,” Luzney says. “It’s refreshing to see the communication and the cooperation to keeping costs down.”

The process works, he says, because “it’s a different set of eyes but the same objective in mind.”

Widening the Spotlight on Maintenance and Engineering 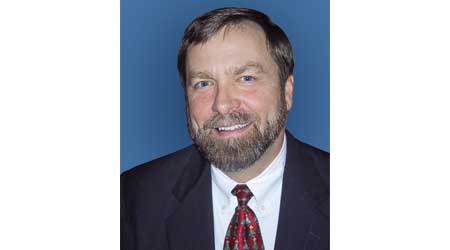 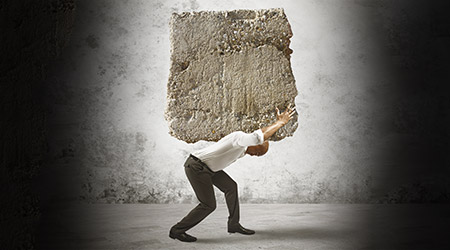