To accommodate a growing enrollment and the need for more classroom space, San Diego State University converted a 5,800-square-foot gymnasium into a 215-person lecture hall

To accommodate a growing enrollment and the need for more classroom space, San Diego State University converted a 5,800-square-foot gymnasium into a 215-person lecture hall. The university started the project in early 2010 and needed to complete it by July 1.

"With such a short timeline, we raced into action," says Jeffrey Herr, an architect in the university’s physical plant department. "One of our top priorities was lighting, so I began conducting research with the goal of lighting the entire lecture hall with leading LED (light-emitting diode) technology, including downlighting and ambient lighting."

The university installed more than 80 Lithonia Lighting RTLEDs for the general ambient lighting and 30 DOM8 LEDs for downlighting. To support the LEDs, the university specified Acuity Brands lighting controls as part of the system.

"The difference or variation required in light levels during classes and presentations is always a concern for our instructional-technology staff," Herr says. "So dimmer controls were essential."

The university expects the LEDs to enhance the educational environment. Dr. James Frazee, who supports faculty in the design, selection, production and distribution of instructional media, is directly involved in construction projects to ensure the spaces facilitate learning. He was an early proponent of LEDs for the lecture hall.

"The LEDs were amazing and helped bring warmth to the space that had no natural light," Frazee says. "The Acuity Brands controls simplified the complicated light systems that previously had up to 12 switches in some classrooms. The new lighting system only requires four switches. And if the lights are on five days a week for eight hours a day, they will last 15 years, which frees up the maintenance staff to focus on more important jobs."

When the first buildings of Pennsylvania State Capitol Complex were constructed 117 years ago, the designers couldn’t have anticipated all of the infrastructure requirements of modern office buildings.

Santa Barbara (Calif.) Cottage Hospital must transfer patients quickly for different services, but the hospital’s automatic door controls were not keeping up with the fast-paced environment

Top of the Class Performance with Building Controls

To meet a challenge handed down by the president of the University of Minnesota to become one of the top three publicly funded research institutions in the world, for nearly two decades the Facilities Management Department has worked to integrate building control systems, resulting in continued energy and operational efficiencies which support the University’s greater goal. 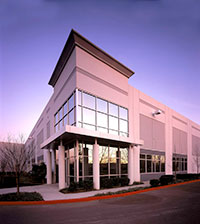