Green Initiatives Save Money, Reduce Energy Use with Kim Farlin

Kim Farlin, maintenance coordinator with the Center for Prevention of Abuse in Peoria, Ill., discusses how lighting retrofits and changes to HVAC and controls systems have improved the bottom line 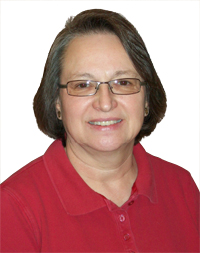 What is your role on your organization's Green Committee?

As a member of the Green Committee, I am in charge of overseeing green initiatives that involve building maintenance, such as overseeing the recycling program, the HVAC programming, and water and electrical use.

As the maintenance coordinator, it is my job to: maintain control of the HVAC systems; collect recycling from the seven recycling stations and turn in a report every quarter to the county; determine areas that are wasting energy and make retrofits or changes to conserve energy - which in turn reduces energy costs; and analyze the energy cost and use reports the director of finance sends me.

After the inception of the Green Committee, a volunteer from the local community joined the committee and paid for an energy audit of the old building within the complex. The volunteer also funded the replacement of all of the light switches in the restrooms and copier rooms with motion-sensor light switches in all of the buildings in the complex. That was only the beginning.


What specific projects and retrofits did you undertake with grant money?

The current building complex has one building that is more than 25 years old and two additions that are six years old. With the help of the information from the energy audit on the oldest building, we determined that, as in most buildings, lighting was a big issue.

With the help of a $5,000 grant from the local utility, we retrofitted 50 light fixtures with new T8 ballasts and T8 bulbs. With the help of a $1,500 grant, we replaced all of the door-jamb and door-threshold weather stripping on five exterior metal doors. The retrofits also included hinge- and door-closer adjustments and replacements so the doors closed properly.

We also used this particular grant to upgrade an employee restroom with a low-water-consumption commode and a new faucet with a low-flow aerator.


What changes have you made to your building-controls system?

After being hired by the center in March 2009, I immediately started learning the BacNet and BacTalk building-controls system and the software that controlled that system for the six-year-old administration building.

I had to adjust programming to maximize the efficiency of the system, including: thermostat adjustments; zones we needed to shut down during specific times of the year; and troubleshooting zones with constant operating problems.

We put the HVAC filters on a schedule to be changed on a regular basis, and we cleaned the economizer vents to maximize the airflow when the system utilized the outdoor air to help regulate damper temperatures for building comfort. We also scheduled the system to enter unoccupied mode on holidays.

We studied blueprints and discovered zones that had floor heating we needed to turn on, as well as zones without reheat boxes we needed to turn off during winter months. We adjust these same zones accordingly when the weather gets warmer. With the use of the programmable thermostats in the old building, we programmed those HVAC units for occupied and unoccupied times.


What types of savings have these projects generated?

During the beginning of the Green Committee initiatives, comparing January-July 2008 to January-July 2009: electrical savings were 13 percent; water and sewer savings were 25 percent; and waste-management savings were 14 percent. These reductions resulted in a savings of about $10,000. We also incurred an 8 percent increase in the cost of natural gas due to colder temperatures from one year to the next.

In comparing 2009 to 2010, the percentages have continued to show a reduction in use and costs. The percentages for that time frame were: natural gas use down 2 percent; electrical use down 10.5 percent; water use down 13 percent; and waste management down 8 percent.

The Director of Finance continues to monitor energy costs and seeks to lock in lower fixed rates at the most advantageous times of the year, given market swings. This type of rate fixing allows for a more predictable budget.