The most common codes that affect planning of lighting upgrades are ASHRAE 09.1-2013 and the International Energy Conservation Code (IECC) 2015.

Guidance from ASHRAE, Title 24 and LEED will affect project planning, as well as longer-term savings and performance.

By Daniel Forino, P.E.
Lighting
OTHER PARTS OF THIS ARTICLEPt. 1: This PagePt. 2: How LEED Affects Lighting UpgradesPt. 3: Taking the Extra Step in a Lighting System UpgradePt. 4: Lighting Upgrades: Code Considerations

Upgrades to lighting systems and their controllability typically result in the quickest realized energy paybacks for institutional and commercial facilities as it relates to upgrades. These upgrades also can provide secondary benefits, including improved lighting quality, reduced maintenance, ease of buying new fixtures and bulbs, and having a better understanding of the impact they have on building energy use.

Maintenance and engineering managers involved in upgrades can integrate more advanced upgrades into the building management system. This strategy gives the maintenance staff more transparency into their control and energy consumption.

The most common codes adopted by state and local governments that affect planning for lighting upgrades are ASHRAE Standard 90.1-2013 and the International Energy Conservation Code 2015 (IECC). These codes typically have been adopted by local jurisdictions and assigned to their year. Several states have adopted ASHRAE 90.1-2013. It provides much of the background for existing energy codes. Similarly, the IECC is the most widely adopted energy code. It has many similar requirements and references to ASHRAE 90.1-2013 as an alternative compliance case in some instances.

ASHRAE 90.1-2013 and the IECC share some mandatory similarities as they relate to occupancy and timer controls. For instance, ASHRAE 90.1-2013 require these shutoffs in most cases, while IECC 2015 only requires this control in: classrooms; conference rooms; copy and print rooms; normally unoccupied spaces, such as storage closets, restrooms; private offices; lunch and break rooms; locker rooms; and warehouses. For IECC, all occupancy controls must turn off within 30 minutes, and both code requirements include the need for a manual on with multilevel control to limit to less than 50 percent power and allow for a manual off control. Full on sensors are allowed in spaces that could endanger the safety or security of the space, including public corridors, stairways, restrooms, and lobbies.

Both standards require the use of daylighting and daylighting-responsive controls when available via sidelighting and toplighting installations and when lighting wattage for a given area exceeds 150 Watts (W). Some control requirements for these areas must include multilevel photocontrollers at 0-35 percent and 50-70 percent or continuous dimming capabilities. Daylight sensors need to be verified during functional testing to confirm their responses and the appropriate footcandles are illuminating on the reference surface.

Taking the Extra Step in a Lighting System Upgrade

How to Recommission and Revitalize Lighting Control Systems 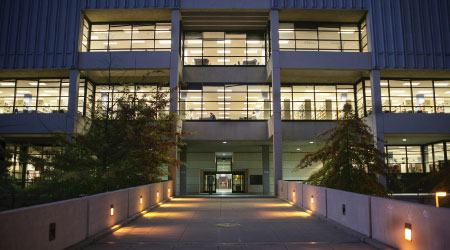