Facility Managers Should Determine If LEDs Are Appropriate For Specific Needs

By Lindsay Audin   Lighting
OTHER PARTS OF THIS ARTICLEPt. 1: This PagePt. 2: LEDs Should Be Judged Based On Their Bottom-Line Economics

Light emitting diode (LED) illumination is being hailed as the next revolution in lighting. But facility managers should take a close look at specific products to determine if they are appropriate for specific needs. Guidance is available from Department of Energy (DOE) and professional lighting organizations, but as with most emerging technologies, it’s worthwhile to test before you invest.

LEDs are a form of solid-state lighting (SSL) that produces light through an electronic process that does not involve mercury, filaments or gases. LEDs may emit monochromatic (i.e., single color) light, or mixtures of colors, including white light. Some units can quickly change the balance of those colors, producing spectacular results. This capability alone has attracted great attention from sign, exhibit and entertainment lighting manufacturers and practitioners.

As LED exit signs became popular and economical in the 1990s, they were accepted by the facility management community. Many facility managers are now looking at the myriad choices of LED lighting being promoted by lamp suppliers, fixture manufacturers and many new startup companies.

Facility managers, lighting designers and contractors have been attracted by LEDs’ unique characteristics: extremely long lifetime (100,000 hours is often mentioned), no disposal issues (LEDs contain no mercury), very low heat in their light output (excellent for exhibiting art, artifacts and products), no color shift (as occurs with some HID sources), no sensitivity to ambient temperature (LEDs start and work fine, warm or cold), no delayed restart as with HID, dimmable using incandescent dimmers, no flicker or hum, and no bulky ballasts.

A cornucopia of choices is available for everything from desk lamps to streetlights, with options for flashing, color changing, multiple light levels and other techniques not viable with most standard light sources. But such amazing technology does not come cheap: a single screw-in or T8 replacement lamp could cost $50 or more.

LED promoters focus on two areas in which their products may excel: greater energy efficiency, translating into lower energy cost, and near-elimination of relamping resulting in maintenance savings.

Due to very rapid technical improvements, LED technology is offering ever-increasing lumen output for every watt of power input. Some vendors have demonstrated single LEDs with the ability to generate well over 100 lumens per watt, making them competitive with the most efficient fluorescent lamp/ballast systems. Because of a higher color-rendering index (CRI) for many LEDs and a range of acceptable color temperatures, LED sources are challenging metal halide and high-pressure sodium sources for both indoor and outdoor illumination.

Care is needed when basing a purchase on a claimed reduction in wattage. Some LED devices designed to fit into existing fixtures may look like those they are replacing but may not provide comparable light output. Vendors of such products may claim that their units make up for their lower lumen output by citing greater “pupil lumens” due to the higher color temperature of the light produced. Very briefly, studies have shown that surfaces seen under higher color temperature light (e.g., 5,000 K, which is richer in blue) may appear brighter than those seen at lower color temperatures, even though standard light meters in each case register the same light level. There are limits to that capability, however, and users are advised to verify occupant acceptability in a variety of settings, at various times of day, and for at least a month’s time.

Claims of dollar savings in demonstration projects for outdoor lighting may also require scrutiny. In at least one case, dollar savings for street lighting were based on an average cost of power (which included on-peak energy and peak demand charges) rather than the actual cost of power at night. When the correct pricing was used, years were added to the payback period.

Because of the high cost of LED devices, energy savings alone may often yield rather long payback periods, so maintenance cost reductions are added into the equation. One study found that assumed maintenance savings on some projects accounted for 64 to 94 percent of total savings. Eliminating relamping in hard-to-reach fixtures, such as above assembly plant floors or cobra-headed street lamps, may indeed hold the potential for significant savings on labor and replacement lamps. Here, too, one must analyze carefully and compare the economics of LED options against other new long-lived lighting sources, like screw-in self-ballasted induction lamps.

Some installations of LED outdoor fixtures have experienced issues in their first two years. Changes in light output and distribution occurred as some fixtures aged, and output depreciation due to dirt buildup occurred sooner than seen with standard fixtures. Cobra heads on some street lights had to be changed out and others cleaned after a relatively short time, leading a lighting researcher presenting at a DOE conference on LEDs to state that “we should refrain from using phrases like ‘maintenance-free’ when describing SSL.”

Facility Managers Should Determine If LEDs Are Appropriate For Specific Needs

LEDs Should Be Judged Based On Their Bottom-Line Economics 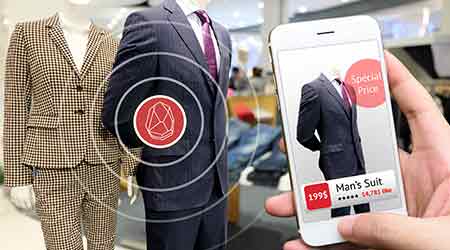