The photosensor output signal to the controller can be in voltage or current form. As with most lighting controls in institutional and commercial buildings, a sensor with voltage output works well within 500 feet of a controller. A sensor with current output can drive a signal thousands of feet and provide better immunity to electrical noise in more rugged power environments.

Signal resolution — the relationship between what the photosensor sees and the resulting signal output — is also critical. A primary question managers must ask is whether the sensor uses a linear photodiode or nonlinear photoconductive element.

"Photoconductive sensors use nonlinear sensing elements, which have much more error associated with them," says Norm Dittmann, president of PLC-Multipoint. "The low-light-level response has a steep voltage versus footcandle slope. The response becomes less sensitive in the mid-range as the voltage/fc slope becomes lower.

"Finally, past a point, the sensitivity becomes almost flat, where the sensor is not very responsive. This response curve is not the same value for each sensor, which makes it difficult for the same settings to be applied to different sensors."

The most important trend in photosensors in the past three to five years has been the development of photodiode sensors that provide a linear response to light, Dittmann says. 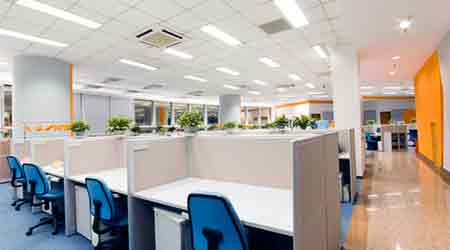