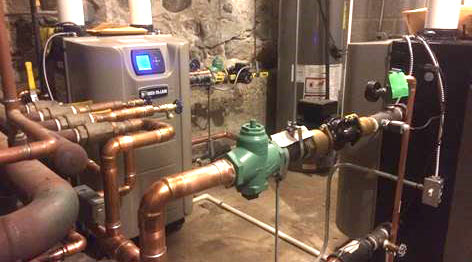 Zion Episcopal Church was founded more than a century and a half ago. In 1846, the Rt. Reverend Jackson Kemper, the first missionary Episcopal Bishop, established the Zion Episcopal community in Oconomowoc. The present day stone church situated on Fowler Lake was built in 1889.

“Our heating system consisted of four nearly 12-year old 199 MBH boilers,” says Linda Georgeson, senior warden with Zion Episcopal Church. “Two of the four boilers were no longer functioning, and we were convinced the other two would fail because one was leaking.”

“We chose Weil-McLain Evergreen units because we thought the engineering was excellent, and the system design seemed attractive in terms of overcoming our issues,” said Georgeson. “We also liked the warranty, the ability to easily service them and that Schulte Heating was a local firm.”

Says Rich Schulte, Jr., vice president of Schulte Heating, “Upon our analysis, in addition to having unreliable boilers, the church also had quite a bit more capacity than they needed with the four previous boilers. And, the church knew it had to act quickly because they wouldn’t be able to heat the building with only one functioning boiler.”

In September 2015, Schulte Heating replaced the four failing boilers with two Evergreen boilers, a 299 thousand Btu per hour (MBH) and a 399 MBH. They were installed as a multiple-boiler system (MBS) using the Modbus communication feature. In this configuration, a master boiler controls the modulation and sequencing of boilers on the network to achieve the desired system supply temperature.

The new 95 percent AFUE Evergreen from Weil-McLain offers simple controls, flexible functionality for multiple applications and a durable design, and is easy to install, use and maintain.

The units are adaptable for most heating needs including light commercial or large residential applications and for single or multi-boiler installations. Evergreen offers quiet operation, an aesthetically pleasing design, floor standing or wall mount options and environmental sustainability. The installation took less than a week.

Georgeson is already seeing efficiencies with the new units, though installed for less than a year.

“We’ve noticed a significant savings on our energy bills when comparing this year’s monthly bills to last year,” Georgeson says. “This was not surprising as we expected to experience energy savings based on the high efficiency of these boilers. We imagine we will save hundreds of dollars in the long term.

“The Evergreen boilers also are very reactive to our heating needs,” said Georgeson. “The units keep the baseline water temperature at a level where they can react quickly if additional heating is required, such as when our church doors open on Sunday morning.”

The units are configured to handle the five separate church thermostats/zones. Each thermostat is programmed for usage depending on the day and whether the area is occupied.

“I can control temperatures throughout the church when people need heat or when I can keep it low,” she said. “The units are very responsive for zone use.”

This Quick Read was submitted by Dan Hounsell, editor-in-chief of Facility Maintenance Decisions, dan.hounsell@tradepressmedia.com. Read more about maintenance of boilers and water heaters at https://www.facilitiesnet.com/16455FMD. 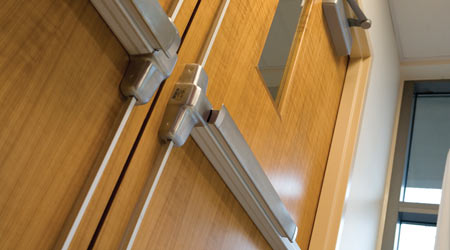 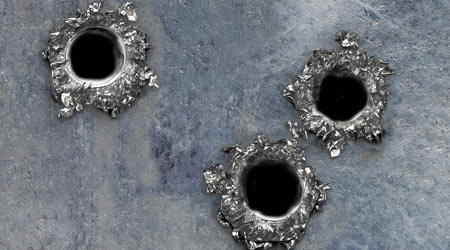 Preparing Your Facility for Gun Violence