Why State Officials Hold the Keys to Preventing Legionnaires’ Disease 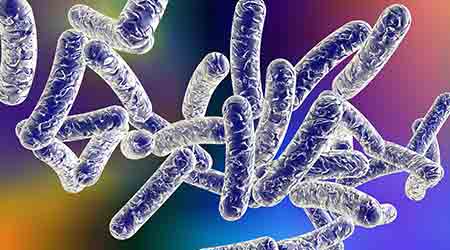 1. Only a small percentage of facilities will implement an effective water management program (WMP) voluntarily.

Despite government and industry warnings since the 1990s that building water systems must be properly managed to reduce the risk of Legionnaires’ disease — and guidelines to explain how — only a small percentage of facilities have implemented preventive measures voluntarily.

The anticipated spike in prevention from the release of ANSI/ASHRAE Standard 188-2015 in June 2015 turned out to be only a blip, even after the Centers for Disease Control and Prevention (CDC) urged compliance with the standard.

Why building owners would object to WMPs is puzzling given the benefits versus cost. Whether it’s apathy, ignorance, or budget constraints, it would be foolish to assume more of the same — education, guidelines and standards, articles, speeches, and conferences — will yield a different outcome. The reality is that most facilities have done only what is required.

2. Legionella regulations must be reasonable, with consequences for non-compliance.

Many building owners did not set up a cooling tower maintenance plan per New York City regulations prior to being inspected and fined. And some healthcare facilities largely ignored the CMS Legionella requirement until the Joint Commission began issuing citations for inadequate (or non-existent) WMPs.

How big does the stick need to be? Probably just a little bigger than the net cost of complying. It’s natural for people to weigh options. Even my kids, when they were younger, sometimes responded to commands by asking what the penalty would be for disobeying. They decided (usually) to obey after I assured them, in terms they clearly understood, that the cost of disobedience would far exceed the cost of compliance.

Regulated procedures that are reasonable, beneficial, and inexpensive relative to the cost of non-compliance are likely to be followed, which is one reason (discussed next) overly prescriptive regulations can be counter-productive.

3. Costly prescriptive regulations can be less preventive than simple, principle-based ones.

In the short term, New York City regulations made a significant difference in cooling tower maintenance — building owners that had completely ignored cooling tower maintenance began addressing it. The longer-term result is not so clear. After NYC Health began requiring building owners to follow the department’s model cooling tower maintenance document, some owners that had set up a Legionella WMP for plumbing systems in addition to cooling towers — i.e., a more comprehensive plan — were fined because the document they presented to inspectors included many more procedures than listed on the department’s model form. Because of the fines, some of those facilities downgraded their WMP to eliminate plumbing system measures so they could present only the model plan to inspectors. For those facilities — the ones really trying to reduce Legionella risk associated with all their building water systems — the box-checking regulations hindered prevention.

By contrast, the CMS principle-based regulation — simply requiring a WMP that follows ASHRAE Standard 188 and “minimizes the risk of Legionnaires’ disease” — n less than one year has multiplied the number of hospitals and nursing homes implementing WMPs. As discussed in #4, however, for the CMS requirement and most other principle-based regulations to have maximum effectiveness, key performance parameters must be monitored.

4. A regulation based on ASHRAE Standard 188 must have measurable performance parameters.

Some hospitals and nursing homes have tried to pass off two pages of vague policies as a CMS-compliant WMP. If Joint Commission had not cited them for deficiencies, they may not have realized — or been convinced — it was inadequate.

A regulation based on ASHRAE 188 must include measurable performance parameters to ensure key elements of the standard are understood and implemented. A simple list will suffice, either in a checklist used by inspectors or, if inspections are not conducted, in an online registration portal.

5. Regulations should be based on a standard.

Evidence indicates one or more of three problems will occur if U.S. states attempt to develop and mandate their own list of Legionella control measures instead of requiring compliance with a recognized standard: The regulations will take years to finalize, be too limited in scope (e.g., water system types), or be too burdensome and costly.

The speed with which New York City established Legionella regulations for cooling towers following the July 2015 outbreak was impressive, but they could not have done it nearly as fast or well if they had tried to include procedures for domestic water (plumbing) and other building water systems. Developing regulations only for cooling towers will provide inadequate protection. Regulations for all building water systems are beyond the capabilities of state health departments.

Moreover, if several states were to develop their own version of Legionella WMP requirements, the cost of compliance would be overly burdensome for building owners and service providers operating in multiple states. The higher cost would result in box checking, corner cutting, and ultimately less prevention (see #3).

Even the miniscule differences between New York State and New York City cooling tower regulations caused confusion for building owners and service providers (e.g., water treatment companies) trying to make sure they were complying with both.

Water treatment companies, industrial hygiene firms, and consultants that provide WMP set-up services will have to charge more money if multiple states develop their own regulations because each project will take more time. This will increase the burden and cost for all parties, with no prevention benefit.

Regulations based on a standard are much lower in cost for the regulatory agency, too. There’s no need for updating procedures, as that is handled by the publisher of the standard. And, as discussed next, a standard-based regulation can be established quickly.

6. Regulations based on a standard can be established quickly.

CMS simply issued a memorandum stating that hospitals and nursing homes must implement a WMP that reduces the risk of Legionnaires’ disease.

The entire memorandum was less than 3 1/2 pages, most of which provided background information. The directive itself consisted of only three sentences.

With what seemed like the stroke of a pen, CMS did more to increase Legionella prevention in hospitals and nursing homes than had been accomplished with decades of guidelines, warnings, standards, articles, speeches, conferences, seminars, and e-courses.

However, CMS could not have established the requirement so simply or quickly without a standard (ASHRAE 188) to reference as a guide for WMPs.

Since regulations are needed for facilities to implement WMPs, state officials hold the keys to preventing Legionnaires’ disease since states are the entities most likely to regulate.

The US Environmental Protection Agency (EPA) focuses on water distribution up to the street tap, not on systems within buildings.

Water treatment professionals, engineers, and consultants can continue talking about better methods and procedures. That’s valuable. We need to keep learning. But the information won’t prevent disease unless it changes the way building water systems are designed, operated, and maintained.

Ultimately, then, it’s up to health departments or other state agencies.

ASHRAE 188 is the best standard on which to base Legionella regulations, at least for the next five years. Why?

It’s ready. Waiting for a “better” standard — which would likely take at least five years start to finish — would cost health and life.

It’s in continuous maintenance. ASHRAE has a formal process for accepting and considering comments and has already made changes to Standard 188 based on comments received.

Standard 188 outlines the essential elements and framework for a WMP. States can monitor documentation for specific procedures and performance criteria they deem imperative.

ASHRAE has proven trustworthy. A water management standard will have little impact if it cannot serve as the basis for regulations (Lesson #1). For a standard to be regulation-worthy, its publisher cannot be tainted by financial conflicts of interest. ASHRAE has not exploited Standard 188. It charges for the standard document, which is reasonable, and has offered a seminar on it, but does not charge for services required to comply with the standard. Moreover, ASHRAE has not partnered with or promoted any particular company providing such services. This issue is crucial to the long-term success of Legionella prevention because state governments cannot establish or continue regulations based on a standard tainted by financial conflicts of interest.

The eight lessons indicate the best available five-year strategy for minimizing cases of Legionnaires’ disease is for states to require building owners to implement a water management program that includes the essential elements outlined in ANSI/ASHRAE 188-2015, report key performance parameters, and pay fines for non-compliance.

The CDC apparently had the insight to know what was needed before the above eight lessons unfolded over the last two years, advising state and local officials, in its June 2016 Vital Signs article, to “consider changing building and public health codes to include Legionella water management programs.”

How many people suffer and die from Legionnaires’ disease in the United States over the next five years will be determined by the utilization of knowledge, technology, and services already available. The power to prevent is in place but only state officials can flip the switch.

Consider writing your state’s governor and top health official, urging them to establish a regulation requiring building owners to comply with ANSI/ASHRAE Standard 188-2015. Like it or not, Legionella regulations are likely coming soon, and a simple requirement to comply with ASHRAE 188 will much less burdensome to facilities than prescriptive regulations varying from state to state.

Matt Freije is the founder and CEO of hcinfo.com and the content director for LAMPS, a cloud-based application used by thousands of facility engineers, water treatment professionals, and health officials. He has written, presented, testified, and consulted on Legionella risk management since 1995. Click here for a five-minute video on this topic.