New EPA rules are phasing out hydrofluorocarbons (HFCs) due to their high global warming potential.

By Rita Tatum
HVAC
OTHER PARTS OF THIS ARTICLEPt. 1: This PagePt. 2: Next Generation of HFC Alternative Refrigerants Are More Environmentally Responsible

When CFCs were banned two decades ago, the phase-out sparked concern about refrigerant cost, availability, and performance. As it turned out, the transition to the first generation of alternative refrigerants went off smoothly. And the phaseout of CFC refrigerants under the Montreal Protocol has helped the Antarctic ozone layer to begin to recover.

That first generation of alternative refrigerants included HFCs (hydrofluorocarbons), which had no ozone depletion potential. But HFCs are potent greenhouse gases with high global warming potential (GWP) and long lifetimes. Now, they too face international replacement by either hydrofluoroolefins (HFOs) or “natural” refrigerants under the October 2016 Kigali Amendment to the Montreal Protocol.

Although the United States has yet to officially embrace the Kigali Amendment, few experts doubt the science behind the global climate change actions of about 170 other nations.

Recognizing this concern, the Environmental Protection Agency (EPA) recently announced another run of cuts to hydrofluorocarbons (HFCs), including those commonly used in commercial chillers.

Among the HFCs and HFC-blend refrigerants affected by the regulations are several that are familiar to facility managers: R-404A, R-134a, and R-410A and R-407C, used to replace R-22.

Under the rules, new chillers would no longer be produced using these refrigerants after Jan. 1, 2024.

As well, HCFCs (hydrochlorofluorocarbons) were part of the solution when CFCs were being phased out. HCFCs had far lower ozone depletion potential than CFCs, but they were always seen as an interim solution because they contained ozone destroying chlorine.

Two HCFC refrigerants are widely used in commercial cooling: R-123 and R-22. R-123 will be phased out for new HVAC equipment on Jan. 1, 2020; it will continue to be produced for servicing equipment until 2030. R-22 cannot currently be produced for use in new equipment; all production and import of new R-22 will end in 2020.

The change “does not impact any chillers sold before 2024 and does not impact servicing or maintenance,” says Jay A. Kohler, director of technology and innovation, chiller solutions, Johnson Controls.

“Existing equipment could continue to operate and be serviced with the refrigerant it is using,” explains EPA. The rule covers chillers; no status change was proposed for refrigerants used in other building HVAC systems.

HFCs have many good refrigerant properties. They meet the needs of the industry in terms of safety, reliability, efficiency, availability, and affordability, says Kohler. “They are non-ozone depleting, so there is no phase-out due to ozone depletion,” he says.

Unfortunately, they do have high GWP. “Many fluorinated gases have very high global warming potentials (GWPs) relative to other greenhouse gases, so small atmospheric concentration can have large effects on global temperatures,” explains EPA in its “Overview of Greenhouse Gases.”

EPA defines GWP as “a measure of the total energy that a gas absorbs over a particular period of time (usually 100 years).” Refrigerant HFCs can last up to 270 years in the atmosphere, according to EPA.

“For example, R-134a survives 14 years compared to R-1233zd(E), one of the new alternative refrigerants, at only 29 days,” explains Vijay Deshmukh, centrifugal chiller portfolio leader at Trane. “All chemicals have a finite life, but some are more stable than others. In general, the shorter the atmospheric life, the lower the environmental impact because the chemicals do not endure long in the atmosphere and have an impact.”

However, facility managers interested in protecting the environment with their selection of new HVAC equipment should not focus too strongly on the refrigerant’s GWP, cautions William Dietrich, product general manager for chillers with Daikin Applied.

“If the new refrigerant is less efficient than R134a or R410A,” Dietrich notes, “the chiller could lose efficiency and contribute more to global warming through higher energy usage leading to increased carbon emissions.”

EPA’s Significant New Alternatives Program (SNAP) reviews substitutes and their comparative risks for refrigeration and air conditioning, along with other industrial sectors, per Section 612 of the Clean Air Act. The SNAP list of approved refrigerants is not static. It changes as new refrigerant substitutes are developed and as knowledge about environmental and human health impacts evolves.

“SNAP also delists refrigerants,” Dietrich says. When a refrigerant is delisted, as has already happened with R-22, it cannot be used in newly manufactured chillers after that date.  “There already are HFC compounds undergoing delisting between 2019 and 2024 for different applications,” Dietrich says.

The development of new refrigerants and new chillers designed to use them is well underway. “Refrigerant manufacturers have started to develop alternative refrigerants,” says Kohler. “In some cases, they are commercially available for production, but at a cost. In other cases, they have been made available for test, but are not in full production.”

Although some alternatives to HFC are already available, offering equal or better refrigerant efficiencies and with less impact on GWP, research continues, says Karim Amrane, senior vice president of regulatory and research with the Air-Conditioning, Heating and Refrigeration Institute (AHRI).

“In order to reduce GWP, the molecule being used has to be unstable and break down rapidly if it should be released into the air,” Amrane explains. “The problem is that an unstable molecule is highly or mildly flammable, most of the time. One exception is carbon dioxide, which is not flammable.”

The experts seem to agree that facility managers do not need to worry about this latest refrigerant transition happening overnight. “The HVAC industry has worked very closely with the EPA to ensure than the phase down timelines allow an appropriate amount of time for manufacturers to develop products with next generation solutions,” says Deshmukh.

Next Generation of HFC Alternative Refrigerants Are More Environmentally Responsible 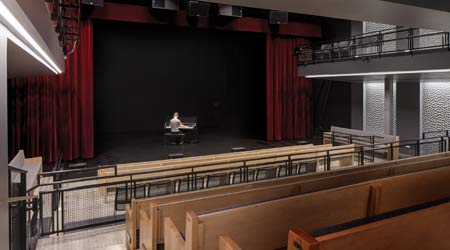