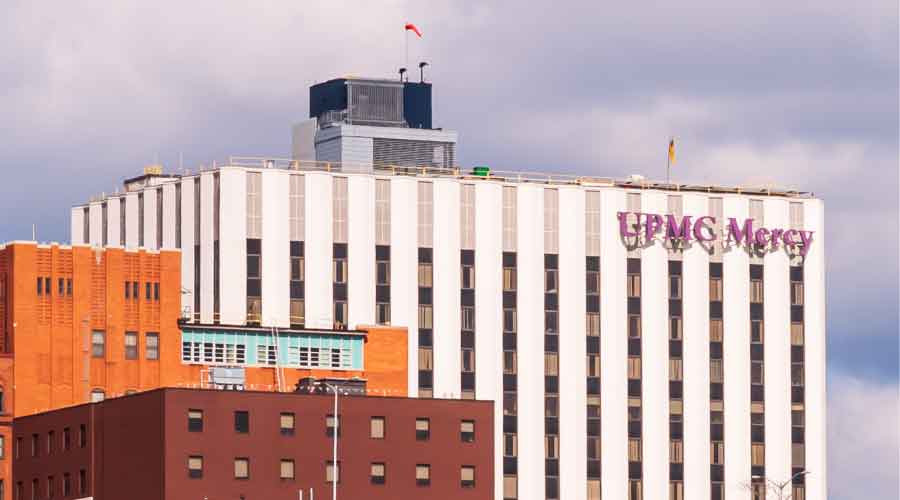 The director of facilities and maintenance with UPMC Mercy hospital in Pittsburgh, Gagu faced two daunting HVAC challenges less than a year apart and demonstrated that effective planning can take some of the sting out of the unexpected.

The 175-year-old Mercy Hospital of Pittsburgh – the city’s first hospital – already was showing its age when it merged with UPMC in 2008 to become UPMC Mercy.

“After many assessments, they decided to replace the main equipment for three utilities – steam, chilled water and power,” Gagu says. “They were all in bad shape. They decided, instead of replacing them, to outsource those three utilities and make a new contract with an outsourced utility vendor.”

The organization decided to partner with the local utility, which addressed the challenge with new construction.

The utility “built a new plant four blocks away from us, and they are providing Mercy with all three utilities – high-pressure steam, chilled water and power,” Gagu says. “We have a utility agreement with them on all three. Most of the old equipment, especially chillers and cooling towers, have been removed from the campus. We still have the old boilers off site because we didn't have the funding to remove them. They're just sitting there as backup.”

“They're still investigating the root cause, but the piping underground ruptured, and a crack developed slowly,” Magu says. They're obligated to provide us with water either from the plant or temporary means.”

Here is where UPMC Mercy’s planning kicked in, planning that started before construction of the plant.

“We created taps for a total of seven rental chillers throughout campus right next door to buildings. We can bring a total of seven 500-ton air cooled rental chillers. We looked at the rental market equivalent, and we figured out the most common equipment that's easy to transport and easy to hook up. We'd looked at our loading docks or receiving guards. Where are we going to locate those?”

The planning for the temporary equipment included site-specific details.

“We looked at basically three main things: Where are we going to tap, how we're going to bring them in, and how is that going to affect our operations?” Magu says. “That's how we created the redundancy plan for all these three utilities.

“It proved that we did the right thing in planning ahead because in 2021, we had a problem. They said, ‘We need to bring some rental equipment for you because we need to shut this down and dig the hole and make the repair in the street.’”

The next step was putting the plan into action.

The planning for problems enabled the hospital to operate on temporary cooling while the repair was completed.

“Our Mercy folks operated through the BMS for almost six weeks,” Magu says. “The repair ended up being a little bigger than we thought. Of course, digging in the middle of Pittsburgh is not an easy task. They kept the hole open and turned their main chilled water system online and transferred back to the plant so we could see if there's any leaks visually for about a week.

Déjà vu all over again

Unfortunately, it was not long before UMPC Mercy had to put its planning to the test again.

“In December 2021 right before the holidays, (the utility) noticed a problem with chilled water makeup again," Magu says. “We had to mobilize again to rental chillers because they found another leak in a different location.

“We acted fast on it. We had been through that before, and everybody knew what to do. Of course, everything was faster, quicker, cheaper. We had (the utility) investigate, and it seems like the installation had some flaws that created those two issues over the past two years.”

For any organization, but especially one in healthcare, the results of the plan must include protecting the health and safety of patients.

“That's very important," Magu says. “It's a major operation, and it could be very costly – millions of dollars – if not done right. The main goal was that even after going through this whole process, none of our operating rooms and none of our patient rooms have seen any changes in air supply, temperature or humidity.”

The foresight Magu and his team at UPMC Mercy showed in planning for emergency cooling, heating and power for the utility plant has extended into UPMC’s latest expansion project, UPMC Mercy Pavilion, which will add about 500,000 square feet of space and is scheduled for occupancy in April 2023.

“For that building, it's going to be basically copy and paste for all three utilities,” Magu says. “We extended these pipelines underground from the plant to the new pavilion. We did that four years ago when we built the plant when we had the street dug up.

“We knew we were going to build this new building. What we did is we kept going in the street and extended the services right on the spot where this building is going to be built. We have that ready right in front of the building and the bolts in the street. When we raise the building up, we just tap into those services.”

Planning for the future

Magu credits thorough planning with the smooth and effective response to the two potential interruptions to HVAC service.

“We've never had one single alarm coming in from air handlers," he says. “It was smooth sailing. It proved that the plan worked. We knew who to call and who to work with in advance. That was key for our temporary operation. You need to know who the local reps are you're going to call first. Who's got the capability to bring you seven chillers in a week?”

One critical element of planning for temporary cooling of UPMC Mercy’s facilities was understanding their cooling demand.

“We knew what the loads were going to be because we had calculated the loads prior to making the agreement with (the utility) on the new plant,” Magu says. “We did an extensive study of the load calculations and all three of these utilities to incorporate the new pavilion. When (the utility) built the plant, they built it so they would be able to absorb the new pavilion and still have a plus-one redundancy built into the plant.”

Magu acknowledges that planning for UPMC Mercy’s facilities will need to continue looking to the future.

“As the campus has grown and as we build more, we're going to have to think ahead and revise the plan,” he says. “But as we stand today, we have more capacity to absorb chillers and rental equipment. From the beginning, we designed it with redundancy in our vision and our scope.”

How to Specify Portable Cooling Based on Facility Needs 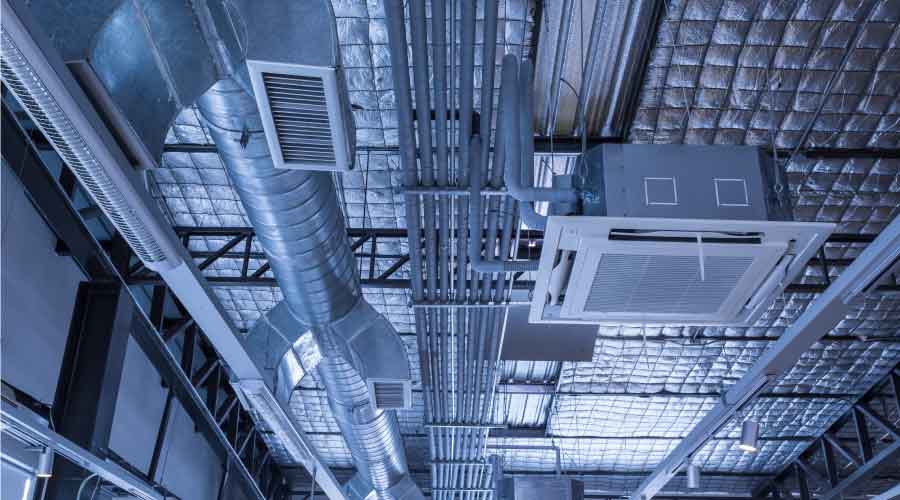