By Dan Hounsell, Editor   HVAC
OTHER PARTS OF THIS ARTICLEPt. 1: Campus Expansion Creates Challenges for ChillersPt. 2: This PagePt. 3: Energy Efficiency: Beyond Chiller Replacement

The chiller replacement actually had its roots well before 2007.

"This project really got started with the installation of the thermal-storage tank" on campus in 2000, McNicol says, adding the tank holds "about 3.6 million gallons of chilled water that we generate and store and push back to the campus. The North Plant that really charges the tank has two 2,000-ton (chillers) in it.

"In 2008, we got into the Central Energy Plant and took those older machines offline. Some of them had the refrigerant changes. We had made the conversion, but they still weren't the most energy-efficient yet. So we replaced them with two 2,000-ton units."

McNicol says the decision to specify the particular chillers for the Central Energy Plant was based on the efficiency of the new units and the manufacturer's service history. The purchase included a 10-year warranty for maintenance and repair.

The chiller replacement started in December 2007 and finished in August 2008, McNicol says, adding that because most of the project was done over the winter, the North Energy Plant was able to meet the campus's cooling load.

"We started the project in the winter to minimize the cooling effect on the campus," he says. "By the time we needed a chiller for the summer (of 2008), one chiller was ready to run, and the other one followed soon thereafter."

The university system's Office of Planning and Construction handled the engineering and contracting, and local plant personnel assisted as needed in shutdowns and startups. McNicol's department consists of 10 employees: a manager, supervisor, three maintenance technicians, and five operators. The department is responsible for the operations and maintenance of the two main plants that provide the heating and cooling for the campus, including maintaining their distribution systems. 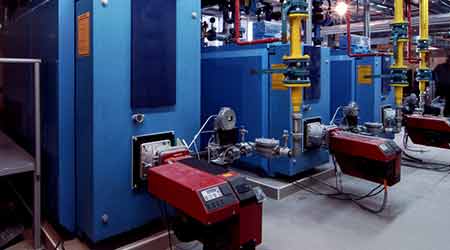 How to Determine Emergency Heating Needs 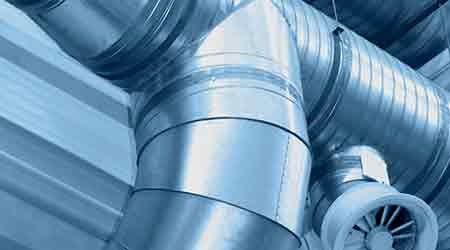