But the challenges related to the boiler retrofit were not over.

"The next problem was that when we were trying to do a warm-up of the boilers, they would never really stay in the warm-up mode," Buri says. "So when it would try to warm up, you would just put the flame on low instead of turning it up high right away. But the boiler would jump into a high-fire condition.

"We found that the boilers were shipped with some faulty sensors. Through some control work, we tried to do some workarounds and finally discovered what the issue was." The problems also extended to the plan to link the two boiler plants under a single header.

"The system never functioned the way we had intended, which was to be one cohesive unit," Buri says. "I think (the problem) was the distance and piping sizing and probably some other factors that led to it not working quite as well as we were hoping."

The difficulties in getting the boilers to operate as designed and as needed to properly heat the facilities created some discomfort among the operators.

"The operations staff was very leery about that system," he says. "They were concerned about the reliability of the system and the new boilers. As a result, they either ran the new boiler room or the old boiler room — never together. So if they needed 500 horsepower, they wouldn't run one three (hundred hp boiler) and one two (hundred hp boiler). It would just be two threes. It kind of turned into (separate) winter and summer boiler rooms."

The boilers' problems prompted Buri and his department to turn to retrocommissioning as a way to discover the source of the problems and identify potential remedies.

"We kind of stood back and looked at the whole system and tried to work with the controls contractor to develop some new sequencing," he says. "Basically, through the controls, we were able to make the system work a lot better."

The retrocommissioning offers the hospital a simple payback of less than a year, Buri says, at a cost of $13,685 and is projected to save nearly $15,000 annually in natural-gas consumption.

In addition to the boiler system, the retrocommissioning process will encompass the hospital's chilled water, steam and air handling systems. Project annual natural gas and electricity savings are $118,600, with a payback period of about four months. 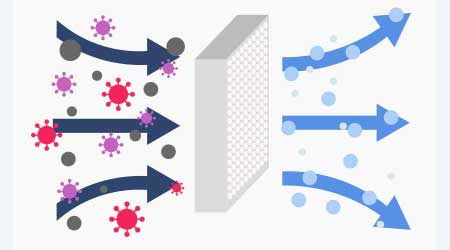