A growing number of building operations have become highly dependent on the operation of building air-conditioning systems. Without air-conditioning, computers and telecommunications equipment can overheat rapidly. Occupied spaces — particularly interior spaces or those with fixed windows — will rapidly become uncomfortable. The systems will have to be shut down and operations suspended, resulting in losses that will quickly accumulate.

In the past, maintenance and engineering managers had few options in the event of the loss of air-conditioning. They could distribute fans to building occupants, they could open any operable windows in the building, or they could increase the ventilation rate of outside air. While these and other measures could help alleviate the conditions somewhat, rarely could they take the place of air-conditioning.

Today, managers have a new option —portable cooling systems. The systems are available in a range of capacities and configurations, which allows managers to use them in many applications where cooling is critical. Most units simply plug into AC outlets and vent the removed heat out a nearby window. Other, larger units might require dedicated electrical service. Still others might require the location of a heat- rejection unit outside of a facility. Determining which unit is best suited for a particular application depends on the cooling load, the application, and the layout of the building or buildings affected.

Portable systems are not meant to fully replace building air-conditioning systems, but managers can use them to provide spot cooling to selected critical areas in a facility, allowing essential operations to continue. Their use can make the difference between remaining in operation and having to shut down.

Air-conditioning systems are among the most reliable systems found in buildings. Advances in the design of chillers and system compressors, temperature-control systems, and distribution systems have contributed greatly to these systems’ improved reliability.

But as reliable as the systems have become, problems still occur. And when they do, the loss of air-conditioning can result in significant disruptions to the building occupants, including suspended operations, equipment downtime and damage to computers and other sensitive electronic equipment. Even the performance of routine maintenance on central equipment can interrupt air-conditioning service. Most managers will make every attempt to schedule routine maintenance activities during the off-season hours, but there are times when service must be interrupted to perform this maintenance.

In addition to failures in the building's air-conditioning system, breakdowns in a building’s electrical service and distribution system also can interrupt the supply of air-conditioning. During periods of high electrical demand, utility companies might be forced to reduce system voltage.

Equipment failures within a building’s electrical distribution system can force managers to shut down central air-conditioning equipment to reduce electrical loads. Depending on the nature of the failure, service might be interrupted anywhere from a few hours to several weeks.

Facilities today often are described as being in a state of constant flux. Activities performed within the facility change. The air-conditioning needs of building occupants evolve. New equipment is installed, or existing equipment is relocated. The result of these shifts in facility needs is an ongoing requirement for modification to building air-conditioning systems.

Fortunately, most systems have built in sufficient capacity and flexibility to meet many of these changing needs relatively easily. In some instances, however, changing the system to meet new needs takes time, resulting in temporary conditions where the existing air-conditioning system is inadequate.

Facilities also have used portable-cooling systems in support of maintenance activities, particularly those that require working in confined spaces. For example, large steam boilers typically are inspected internally once each year. It is an uncomfortable task that can require inspectors to spend several hours inside a boiler. Such a space is not air-conditioned. Portable cooling systems can supply cooled ventilation air to make the task easier and more comfortable to perform.

Finally, there are times when temporary conditions result in the need for additional air-conditioning in a particular location. For example, building occupants might have a special project that requires the use of equipment with a high heat load. Or a particular space might be used for an activity that cannot be properly supported by the existing air-conditioning system.

Since the conditioning is temporary, it would be too costly to modify the building system to satisfy those temporary conditions.

Most air-to-air systems have a rated capacity of one time or less. When needed, they can be rolled to a particular area within a facility, plugged into a standard electrical outlet, and positioned to direct conditioning air to wherever it is needed. Heat from the unit’s condenser can be directed via a flexible duct through a window to the outside. If no window is close by, the heat can be discharged into an unoccupied space or even the space above an area’s acoustical ceiling.

Larger air-to-air systems are available with capacities of up to five tons. Because of their size, these units generally are positioned outside a building. Conditioned air is supplied to the area where it is needed through flexible duct run through a nearby window. Because these systems have larger electrical requirements, managers will need to provide temporary electrical service to operate these units.

Water-based portable-cooling systems are available in capacities up to 5 tons. As with air-to-air systems, these units deliver conditioned air where it is needed through flexible duct.

Heat generated by the unit’s condenser is removed from the system through the use of a once-through water-cooling system. Water from the building is connected to the unit by flexible hose and then directed to the nearest floor drain for discharge.

To gain the greatest benefits from portable cooling systems, maintenance and engineering managers must carefully plan the location and operation of the systems. It is too late to start this process when the cooling system breaks down or some other interruption of service occurs.

The first step for managers is to identify critical areas in their facilities that might require air-conditioning if operations performed in those areas must continue. Typical critical areas include computer equipment rooms, where the loss of air-conditioning could result in having to shut down the equipment, potentially costing the user as much as several thousand dollars per minute.

Essential telecommunications equipment centers, such as those supporting safety personnel, also will require ongoing air-conditioning to prevent damage to sensitive electronic equipment. Research facilities often have strict requirements for regulating temperatures. Loss of air-conditioning, even for a just a relatively short period of time, can damage or destroy years of research.

For each critical area identified, managers must determine the load that the portable-cooling system will have to meet. Tabulating the loads for all critical areas in a facility will give managers an indication of the size and quantity of portable cooling systems that will be needed.

For particularly critical loads, managers will have to dedicate a portable system for that area. For other loads, they might only need to have on hand properly sized portable cooling systems that can be used and rotated as needed.

Finally, planning must account for having equipment available on site or having contracts in place to rent a system, complete with specified delivery times in the event of an interruption service. It is too late to go looking to rent a portable cooling system when the calls start coming in about the building’s air-conditioning system.

Portable cooling systems are highly flexible units that can be used to back up the building’s air-conditioning system, but they are only temporary solutions. Once the emergency has passed or the special circumstances that required portable cooling are over, the systems must be removed.

James Piper is a consultant based in Bowie, Md., with more than 25 years of experience in facilities maintenance and management issues. 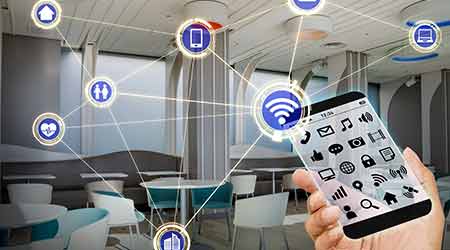 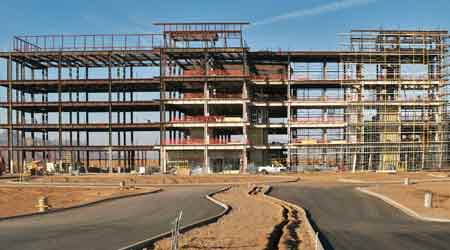