It's hardly news that buildings use 40 percent of the natural resources and more than 70 percent of the electrical energy in the United States. And facility managers know there are plenty of ways to get buildings to use less energy — measures that send savings directly to the bottom line. By now, most facility managers have replaced T12 lamps with electronic ballast and T8s, or even more efficient lamps. Many have installed motion sensors. If the lighting retrofit was good enough, the organization might have received a tax deduction of $0.60 per square foot under the Energy Policy Act of 2005 (EPAct 2005).

But what about the "heart and lungs" of a building: the HVAC system? The thermal energy plant and HVAC systems can go from "green" to "gray" in a very short time after they have been installed or retro-commissioned. Nevertheless, implementing HVAC upgrades is far from easy in many organizations. Companies put off having an energy audit by an outside team because they don't want to spend the money on what the recommendations in the audit might cost.

Fortunately, there are many ways to improve HVAC performance that do not cost a lot of money to implement. Some have more to do with the manner in which the building is operated than the actual HVAC system itself. Most low- and no-cost items fall into four categories:

There are many ways to reduce energy costs by addressing these four areas without spending a lot of money.

Don't stop with HVAC if the goal is to find low-cost ways to reduce energy use. Put plug loads on a power strip that sits on people's desks and teaching them to turn off the toggle switch when they leave at night. There are also power strips that automatically turn off after a period of time where there's been no load. Of course, occupants must be taught to save the work on their computers before they leave their desks. Education of occupants is an important part of a successful energy program, as is getting buy-in before the program begins and consulting them throughout the planning process. 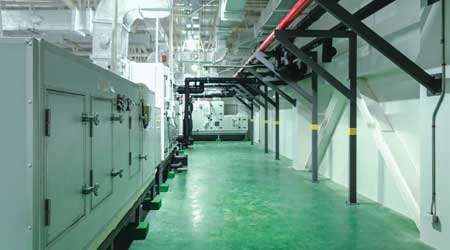 The Who, What, and Why of Replacing Aging Cooling Systems