By Loren Snyder
HVAC
OTHER PARTS OF THIS ARTICLEPt. 1: Efficiency and Building EnvelopePt. 2: This PagePt. 3: Efficiency Metrics for Windows, Walls and Roofs

With efficiency standards, there is also a significant difference between new construction and existing buildings.

For new construction, ASHRAE 90.1 is the baseline for efficiency — the bare minimum. Most experts recommend that facility executives concerned about envelope efficiency should build beyond that standard.

But what about buildings constructed long before the advent of modern ASHRAE standards?

The ideal solution, according to Desjarlais, is fairly simple: Retrofit to the existing standard.

It is much easier to achieve 90.1 levels when designing new facilities, as opposed to existing buildings, he says, which is a sentiment that is echoed by others in the building industry.

“ Wading through many options for energy design, construction materials, and equipment may be challenging but should quite literally pay off in the long run,” says Greg Crawford, executive director for the Cool Metal Roofing Association.

Although it might be tempting to put off needed efficiency improvements — especially given the economic downturn and lower energy costs — it is not a fruitful decision. The temporary dip in energy costs is just that; there’s little doubt that energy prices will once again resume an upward march.

Facility executives who consider going to levels above and beyond existing standards might want to increase their anticipated specifications. Just as energy costs are increasing over the long term, so too are the standards proposed by organizations such as ASHRAE, the U.S. Green Building Council’s LEED and Green Globes.

According to Desjarlais, ASHRAE is currently working on a revision to the 90.1-2007 standards — due to be released sometime next year — that boosts the existing levels by more than 30 percent. 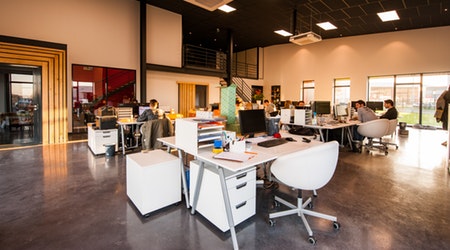 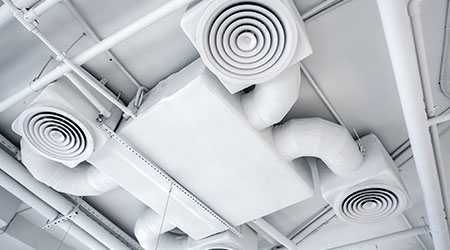 Filtration and Ventilation Strategies for the COVID-19 Era