By Edward Sullivan, Editor
Health Care Facilities
OTHER PARTS OF THIS ARTICLEPt. 1: This Page

John Balzer has caught a glimpse of the future, and he likes what he sees. Along with his team, Balzer, vice president, facility planning and development, for Froedtert Health, is overseeing a series of projects that will provide surgical space in the hospital capable of handling the new medical imaging technology that is transforming surgery. The first step in that process is to convert some of the existing operating rooms into hybrid surgical suites.

Advances in medical technology are great for patients, but they can be hard on the physical infrastructure of an existing hospital.  New equipment often needs a lot more space, not just to house the device, but also to handle the staff and behind-the-scenes technology that provide essential support for the device.

That’s the case with one of the new hybrid operating rooms, which is nearly 900 square feet. Many of the existing ORs are smaller than 500 square feet, says Neil Jensen, Froedtert’s project manager on the work.

It’s easy to see why the new suite has to be bigger. The space is the home for new technology that is part robot and part imaging device. It has an enormous “C” arm that can be maneuvered to slide both over and under the patient from head to toe.

Another reason the new surgical suite requires more space is that it has its own “control room” — an adjacent space, with a wide window into the operating theater, where nurses and other hospital staff can help manage all the information that is available about the procedure being performed. For example, one computer is dedicated to medical records. Another is for inventory control.

What’s more, Balzer’s team needed to provide adjacent space for the computer brains of the medical imaging device as well as the dedicated air conditioning units. That space is sealed, cooled and under negative pressure.

Where did the extra space come from? “We used a portion of a hallway/alcove and a storage area,” says Balzer. There was no reduction in operating/procedure room capacity.

The hybrid surgical suite is also tied into the base building infrastructure. Occupancy sensors not only control the lighting, but also ramp the cooling up during surgery and bring it down afterward. Power for the room runs through an uninterruptible power supply system on another floor.

Getting the details of the project right meant that the clinical staff was heavily involved in the design of the new space. Dr. Gary Seabrook, senior medical director, surgical services, was Jensen’s partner in the design of the new space. Medical staff input was essential to everything from the number and placement of outlets in the room to the need for sound deadening to prevent the noise from the dedicated air conditioning units and other equipment from distracting the medical staff during surgery.

For Seabrook’s staff, the benefits of the new technology are substantial. The device enables the surgeon to “see” what they’re doing during catheterization, so that the wires can be maneuvered precisely during the procedure, he says.

Before the new suites were built, the medical staff would literally wheel the operating table, complete with patient, down to the imaging lab when necessary. Now, a video camera is built into the movable light fixture above the operating table. That camera sends images to a large screen in the operating suite, enabling everyone in the room to see just what the surgeon sees. The images can also be sent to other parts of the hospital, like an auditorium full of students or a conference room.

On a major medical campus, change is a fact of life. To meet the growing demand for surgery, Froedtert has announced plans for a new building that would enable the hospital to consolidate and expand its surgical and interventional space. Construction of the addition is expected to take two years, with another two years of renovation work in existing buildings. The building will be designed so that additional floors can be added in the future. 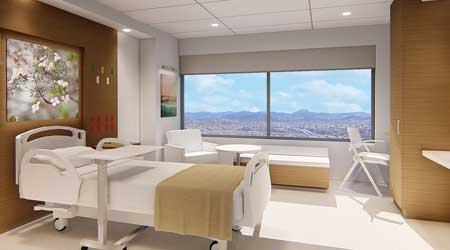 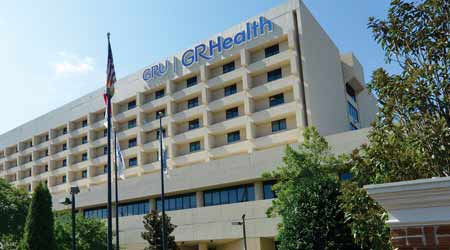 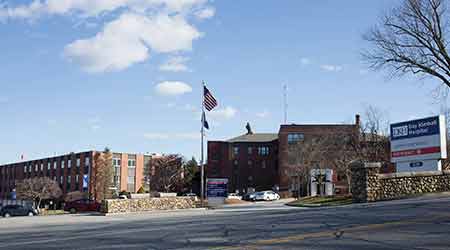