Hospitals are beginning to look past codes to set power reliability minimums. The devastation of extended blackouts and storms in the last decade has led some of this country's largest acute care institutions to re-think their emergency power plans, asking "What is needed to maintain power beyond the existing code-mandated minimum requirements?"

But, in the face of an extended crisis, today's code minimums can leave a hospital in the dark and without the tools to properly diagnose and treat new and existing patients. Critical imaging suites for MRI and CAT scans, areas conducting non-invasive procedures, ventilation of non-critical areas, and comfort cooling, for example, are all crucial to a hospital's daily operations and its revenue generation, but beyond current code requirements for emergency power.

In response to extended large-scale blackouts in New York City in the last decade, several New York City health care institutions have implemented major emergency power infrastructure upgrades. These institutions took such steps as expanding existing power plants and providing new emergency power plants, providing new campus emergency distribution systems, installing supplemental critical and equipment risers, and providing emergency power to chiller plants, HVAC equipment, imaging suites, etc. Because some of these institutions were so proactive, they were able to maintain close to normal operation during and in the aftermath of Hurricane Sandy, including handling patient overflow from other hospitals that had to shut down.

How does a hospital know which additional systems to include in its emergency power provisions? Additionally, what measures must be taken to ensure the hospital's emergency power source is reliable? What follows is a list of recommendations when designing hospital emergency power systems — practices that travel beyond today's code requirements. 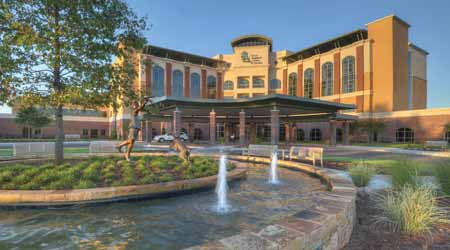