In the past few years, hospitals have begun to focus more on privacy, noise control and acoustics. This concern goes beyond federal HIPAA (Health Insurance Portability and Accountability Act) regulations, which mandate that patient information be kept confidential. Another big reason is a new rule related to patient satisfaction that affects payments to hospitals. In 2006, the Center for Medicare and Medicaid Services (CMS) implemented an ongoing national survey to measure consumer satisfaction with hospital stays. In 2010, the Affordable Care Act mandated that this survey be used as one of the measures to calculate value-based incentive payments made by CMS to acute-care hospitals. Not surprisingly, hospitals are addressing consumer complaints in efforts to improve their ratings.

"Health care facilities are being rated on how effective and successful they are at providing health care," says Jeff Fullerton, supervisory consultant in acoustics, Acentech. "The other side of that is that there are incentives for institutions that do better."

Fullerton notes that acoustics is a category that patients are asked to rate in the CMS survey. According to Thomas Koenig, president, Dynasound, speech privacy is one of the top three issues for patients. Fullerton says that new hospitals are being "aggressive" in the area of acoustics and working to reduce "liveliness."

Another driver for better acoustics in medical facilities is the Facility Guidelines Institute (FGI), says Fullerton. FGI first revised acoustical guidelines in 2010 and will publish revised standards in 2014 — one for hospitals and one for residential care facilities.

Improved acoustics is one reason to build new hospitals with private rooms. The trend away from multiple-patient rooms is in the interests of controlling both infection and noise, says Fullerton.

According to Kenneth Roy, senior principal research associate at Armstrong World Industries, patient surveys in California identified noise sources that patients could hear in their rooms, such as loud talking in hallways or at nurses' stations. "It was recognized years ago that if patients are being awakened a number of times, they don't heal as quickly, and that's extra days [in the hospital that cost a lot of money," Roy says.

What's more, private rooms reduce noise exposure from the family and friends of other patients.

"With all these rooms, it becomes key to adjust individual spaces for patients, because there will be varying levels of noise," says Moeller. Whereas hospitals didn't traditionally use soundmasking in the past, Moeller predicts that will change. "Digitally networked systems allow for individual room control of soundmasking," he says. 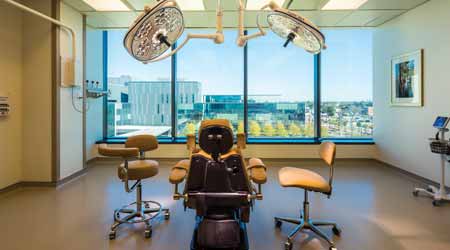 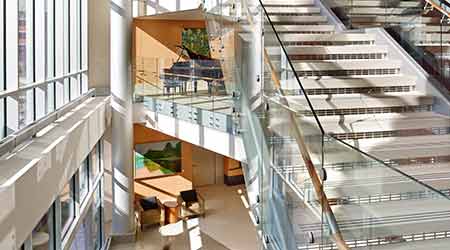