"We saw one of those at a conference, and it looked fairly well-built and well-supported by the company and the local distributor," he says. "So we brought some of those in to test. (The manufacturer was) very willing to let us use one for a few weeks. So we let our folks put it through its paces, and it was favorable."

The initial positive impression of the electric vehicles was accompanied by two problems.

"One had to do with the multiple electrical connections in the vehicle that we selected," he says. "We were having some speed issues, and it was just a matter of (the manufacturer) reconnecting the electrical (connections) to go to a higher speed-allowable range."

The second problem related to rust.

"We're in a winter environment here, so things like road salt and inclement weather really affect vehicles in this area," he says. "So we pointed out (the rust) to the manufacturer, and they took the vehicle back and reworked it to remedy that problem. They told us they were appreciative to us for pointing that out and that they actually were going to alter their painting and coating process to address it."

As the department's electric evolution continues, Askerlund acknowledges he probably will have to invest in one more essential piece of equipment: a vehicle charging station.

"That's something we've talked about," he says. "We probably need to do that so we can track that energy use (related to utility vehicles) a little more closely. We've looked at a couple of options in charging stations, but we haven't zeroed in on anything yet. It's something we're very much aware we need to do to allocate those electric and total costs to the motor pool, as opposed to the whole building." 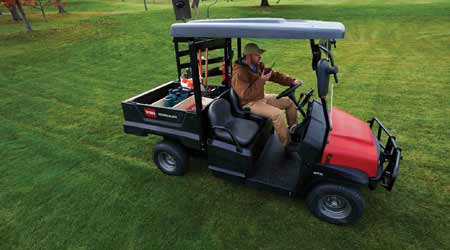 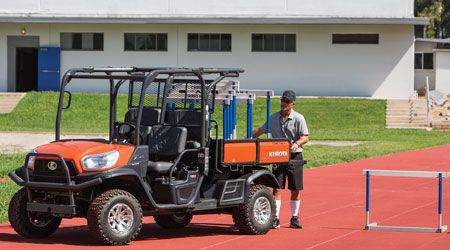